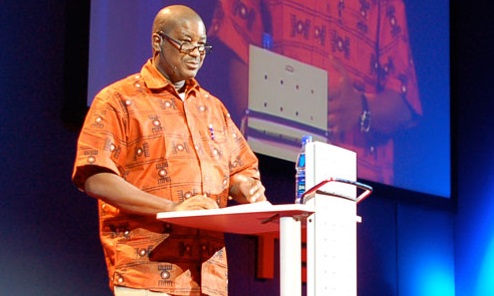 Mr. Herman Chinery-Hesse the Chairman of SOFTtribe a software developing firm says a very 'powerful' person at the Ghana Water Company Limited (GWCL) attempted to extort money from them but they resisted.

SOFTtribe was the firm that was running the E-billing system for Ghana Water Company and has been doing this since 2016.

They have had their contract with GWCL terminated for what they described as 'pure sabotage'.

Mr. Chinery-Hesse speaking on the Joy Super Morning Show on November 27, 2019, said they have not been given any reasons why their contract was terminated but he believes their fierce resistance to attempts by some persons within GWCL to extort money from them is the primary reason.

"From the first month, this contract started, someone from GWCL wanted to extort us and we wrote to GWCL and no response till now. The person said he has friends in National Security so they will deal with us."

Mr. Chinery-Hesse said SOFTtribe had always thought that Board Chair of the GWCL Alexander Afenyo-Markin was aware of all the happenings, but after a meeting with him, they got to know both parties have been 'fooled' by the said powerful person.

The GWCL also says there are several issues with the E-billing system designed by SOFTtribe hence the termination of the contract, Mr. Chinery-Hesse has however brushed off those claims.

"When Ghana Water Company Limited says there are technical issues with our system we don't know about it."

On Monday, November 25, 2019, men who claim are officials of National Security raided the office of SOFTtribe and seized the phones of all the staff, Mr Chinery-Hesse confirmed that.

"They haven't returned the phones they took from our guys but we found a remote way of connecting to it and we know what they did to the phones at National Security."

"The last thing I will say is that hashtag #BringBackOurPhones. They should do the right thing," he added.