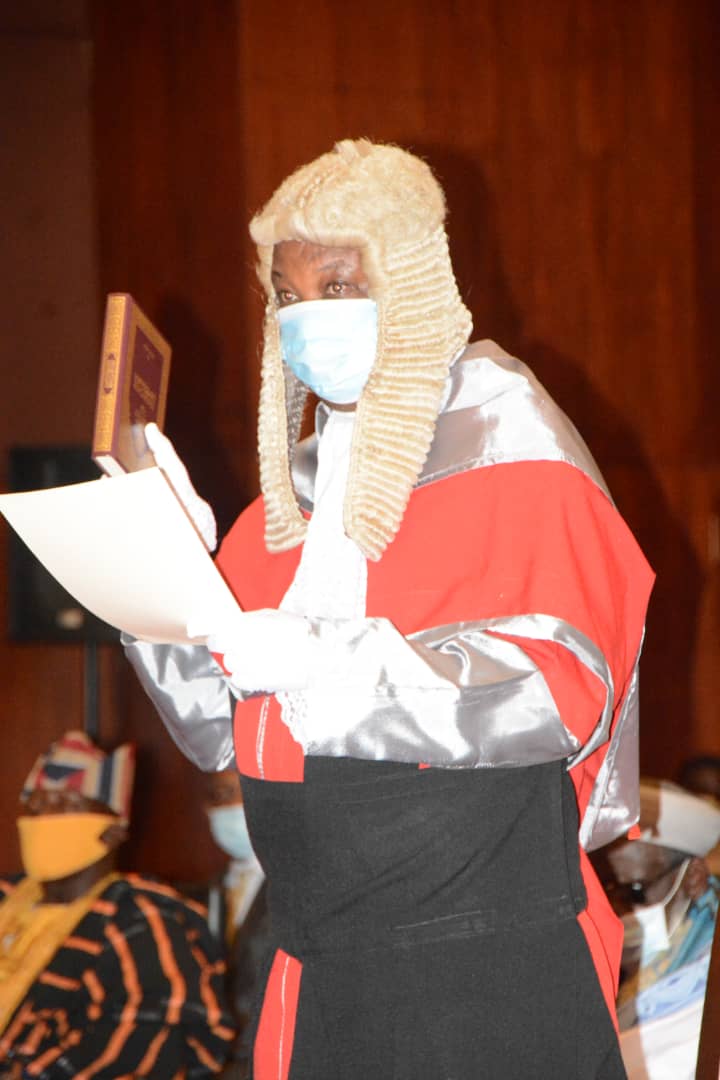 Justice Issifu Omoro Tanko Amadu was yesterday sworn into office at the Jubilee House in Accra. 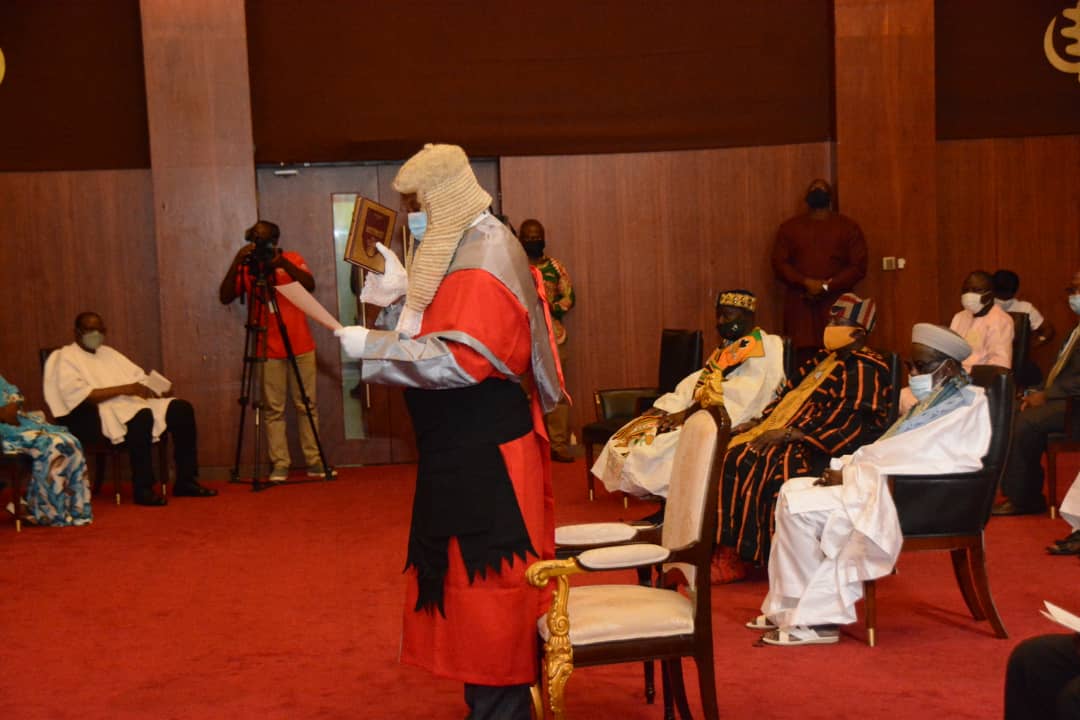 At the ceremony, President Akufo-Addo stated that this is the first time in the nation’s history that a Muslim has been appointed to the highest court of the land, adding that “I am delighted to have been the President to have the honour of doing so, and to do so appropriately in this Holy Month of Ramadan.” 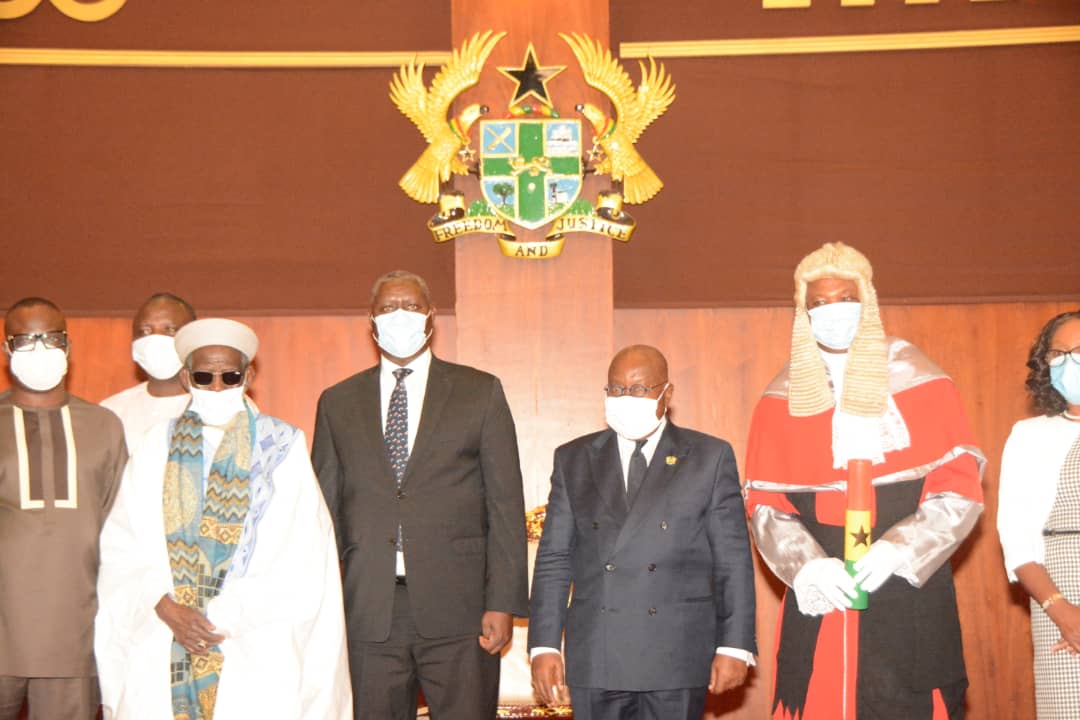 Having worked as a lawyer in the great Federal Republic of Nigeria for nineteen (19) years, and going on to found his own firm in 1997, Justice Tanko Amadu was appointed to the High Court in 2008, and, four (4) years later, was promoted to the Court of Appeal, the President stated that, by dint of hard work and merit, he has been further elevated. 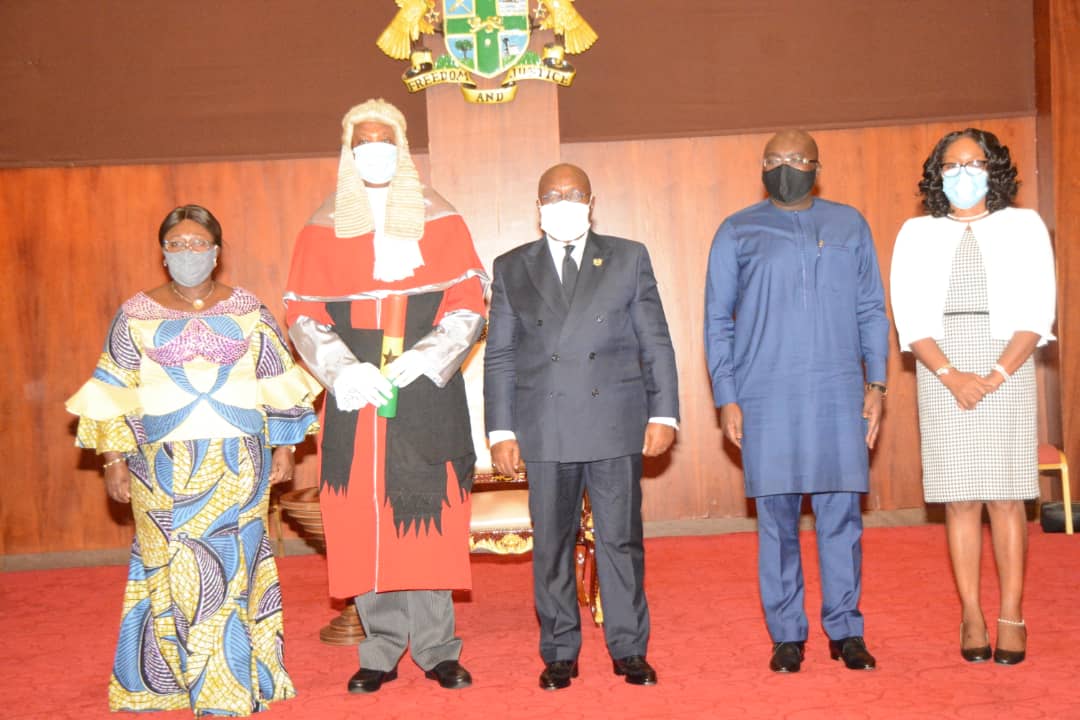 With the Constitution of the Republic affirming that final judicial power in the State is vested solely in the Judiciary, and not in any other agency or organ of the State, the President noted that the Judiciary has onerous responsibilities to protect the individual liberties and fundamental human rights of citizens, to act as the arbiter in disputes between the State and the citizen, to act as the arbiter in disputes between citizens and all persons, and to serve as the bulwark for the defence and promotion of the liberties and rights of the people. 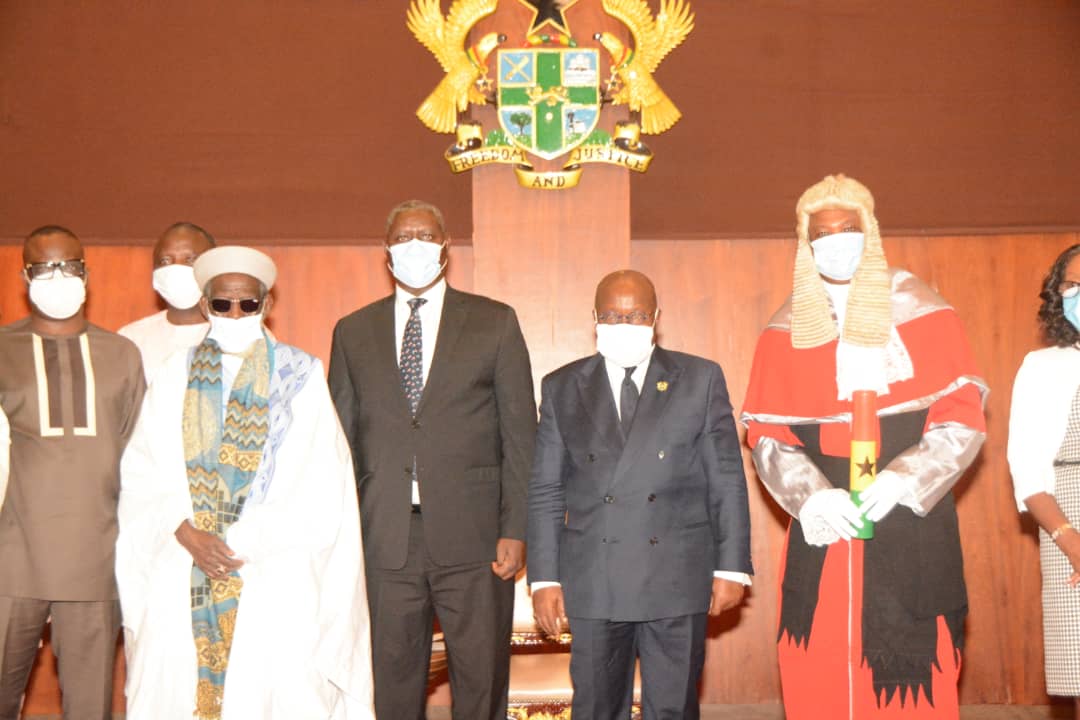 The President added that the situation where judges proffer judgements on the basis of decisions from lower courts and cite them as law is not acceptable, and even less so, when judges cite no authority at all for their rulings, and give orders without reasons.

“Judges, more so Justices of the Supreme Court, must be learned, know their case law and ensure their decisions and judgements are properly motivated. It is in this manner that judges contribute to the orderly development of the nation,” the President said.

President Akufo-Addo noted that all Ghanaians, with their different views and their different perspectives, must work together for the realisation of the Ghana project – a united Ghana, driven by considerations of social justice and solidarity, and governed according to the rule of law, respect for individual liberties, human rights and the principles of democratic accountability.

“In these not so normal times, the era of the Coronavirus pandemic, in which we find ourselves, we must hold on firmly to these values, and work, within the confines of an open society, towards the defeat of the virus,” he added. 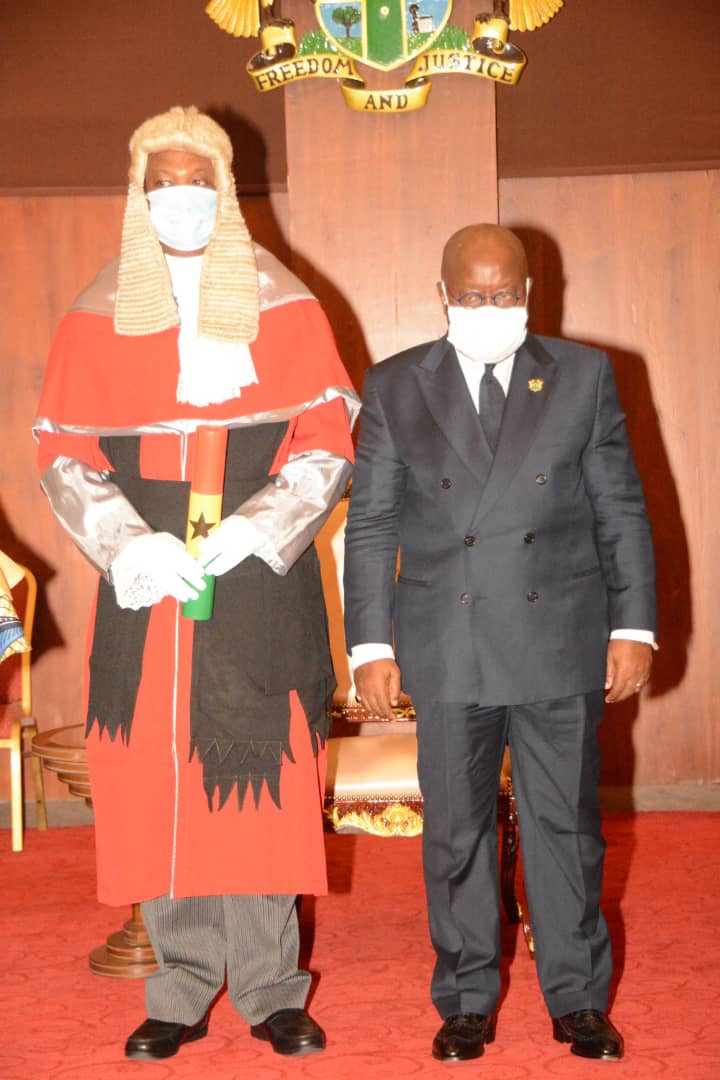 Present at the event is the National Chief Imam of Ghana, Sheikh Osman Nuhu Sharubutu and other members of the Muslim community in Ghana.