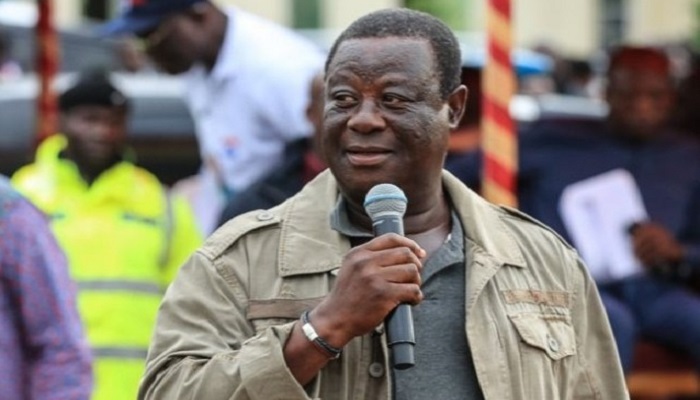 The Roads and Highway Minister, Kwasi Amoako Atta has indicated President Akufo-Addo does not discriminate against any region over road project.Â

Kwesi Amoako Atta in reacting to concerns that some roads in Suame roundabout and Oforikrom which sods were cut for in 2018 were not constructed said the projects will be moved in their next term in office.

Explaining reasons for prosponding the project, Mr Kwasi Amoako Atta said the President needs to attend to other road projects in other regions.

In an interview with Ultimate FM,Â Kwasi Amoako Atta said: â€œPresident Akufo-Addo and his government will not joke with Kumasi and Ashanti road projects; I can tell you. We know what Kumasi and Ashanti mean to us and donâ€™t forget we are politicians. President Akufo-Addo is fixing all roads in Ghana, he is not discriminating against any region in Ghana, no, he is not a president who will do that. He is looking after all the 16 regions in Ghana like I told you we will not joke with Kumasi roadsâ€™â€™.

He added that based on the works of the NPP government, he is hopeful Ghanaians will consider the decision of voting for President Akufo-Addo in the upcoming December elections to continue with developmental projects in the country.

â€™â€™With the work, the NPP government has done across the country, I am confident that the electorate will give President Nana Addo Danquah Akufoâ€“Addo second term to continue his vision for the country in the area of infrastructural development. At the moment we are working hard to bring all the procurement processes to a close before the end of the yearâ€.

President Akufo-Addo in 2018, during sod-cutting for Kumasi roads at Atonsu in the Asokwa Municipality, promised to construct interchanges at Suame roundabout and Oforikrom to check vehicular traffic in Kumasi.

The Minister of Roads and Highways Kwasi Amoako Atta hinted the much-awaited Suame and Oforikrom interchange projects will commence in the second term of President Akufo-Addo government if he is re-elected.

Responding to the stalled project, the road minister who could not give a specific timeline for the projects said the government is working around the clock to start the projects.

â€œI can tell you that we have gone very far on these two projects at this stage, I canâ€™t tell you possible construction companies that will execute the two projects. Itâ€™s our wish to cut sod for the projects hopeful by the end of the year. But because we are doing a lot of projects, if it does not happen, hopefully, 2021 we will cut sod for the project to commence,â€ he disclosed.