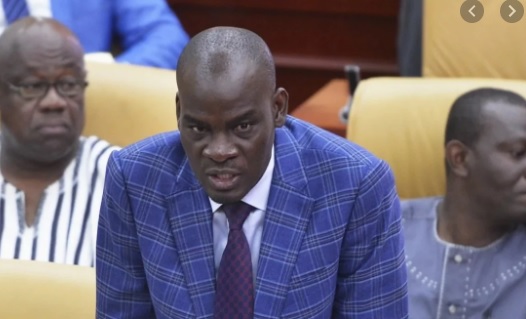 The Leader of the Minority group in Parliament Haruna Iddrisu has hit out at President Akufo-Addo over his ministerial nominees.

Mr Iddrisu says the list is just a recycled one and contains no new names.

Speaking to the press in a jovial manner on January 21, 2021, Mr Iddrisu said this is a clear indication we are in old times and have not moved forward.

“It only reminds us in the Minority group that for President Nana Addo Dankwa, if he was to set up a 1D1F in recycling, he would be a very good entrepreneur in that enterprise,” Mr. Iddrisu joked to the press on Thursday.

“We just see a recycled list; no new impetus, no new thinking, no new innovation. It reminds us of Ghana still living in 1997,” he added.

The nominee list submitted to Parliament featured 19 out of 30 central government ministers who maintained their portfolios though the President realigned seven ministries.

Mr. Iddrisu said President Akufo-Addo should have been brave enough to reshuffle his government.

“Even at an opportunity of a change of government, he doesn’t appear ready to do just that,” the Minority minister however remarked.

But for Mr. Iddrisu, the most striking development was the “ambiguous creation” of the new Ministry of Public Enterprises which he described as “a recipe for confusion.”

He noted that the government could have just relied on Act 990 which established the State Interests and Governance Authority, to oversee and administer the State interests in state-owned enterprises, joint venture companies and other State entities and to provide for related matters.

“One would have thought that he would have used a rendition of that law to create the Ministry of Public Enterprises,” Mr. Iddrisu said.

He added that the Minority is also concerned with the lack of regional balance in the listed nominees.

He questioned why the President had seemingly strayed from mandates of the constitution to ensure “reasonable regional and gender balance in recruitment and appointment to public offices.”

The Speaker of Parliament has since referred President Akufo-Addo’s list of ministerial nominations to the Appointments Committee.