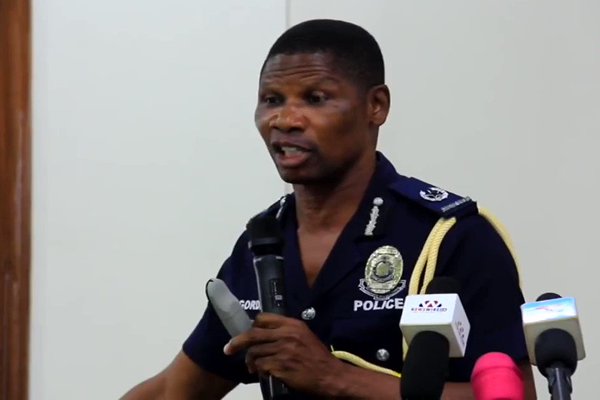 ACP Dr. Agordzor has been charged with abetment to commit treason
Shares

The alleged Jubilee house takeover has taken a new turn after two senior police officers have been drawn into the issue.

Lawyer Martin Kpebu who represents one of the officer's Assistant Commissioner of Police (ACP), Dr. Benjamin Agordzor has confirmed that his client has been charged with his alleged involvement in a coup plot.

He confirmed to Joy News that his client has been arrested and has been detained in BNI custody since 1 p.m. on Monday and slapped with the charge.

He said his client was accused of communicating with the alleged coup plotters who the government said had been cooking an elaborate plan to destabilise the country.

“Meaning that he is on his way to be made an accused. The offence they have written is abetment of treason,.

Dr. Agordzor, according to his lawyer, was accused of assisting the alleged leader of the coup plotters, Dr. Frederick Yao Mac-Palm, through messages he sent on the instant messaging platform, WhatsApp.

Mr. Kpebu said his client was confronted with the messages in which he had allegedly advised members of the group who were planning a demonstration to seek police permit.

“And there was another where he said Ghana has conditions which are similar to the Arab Spring. That is it. This Arab Spring that today if you check in the media, you will get over 40 commentators who have persistently warned that we should take steps to create employment lest we have Arab Spring. These are the reasons for which he is being kept,” Mr Kpebu added.

The lawyer added that his client clearly sees his arrest and the subsequent charge as a political witch hunt.

He believes this is so because of his famous presentation at the Institute for Democratic Governance (IDEG) where he bemoaned the political interference in the Police Service.

ACP Agordzor is still being held in BNI custody although the offense he has been charged with is bailable, his lawyer says.