Amissah-Arthur grateful to Mahama for the opportunity 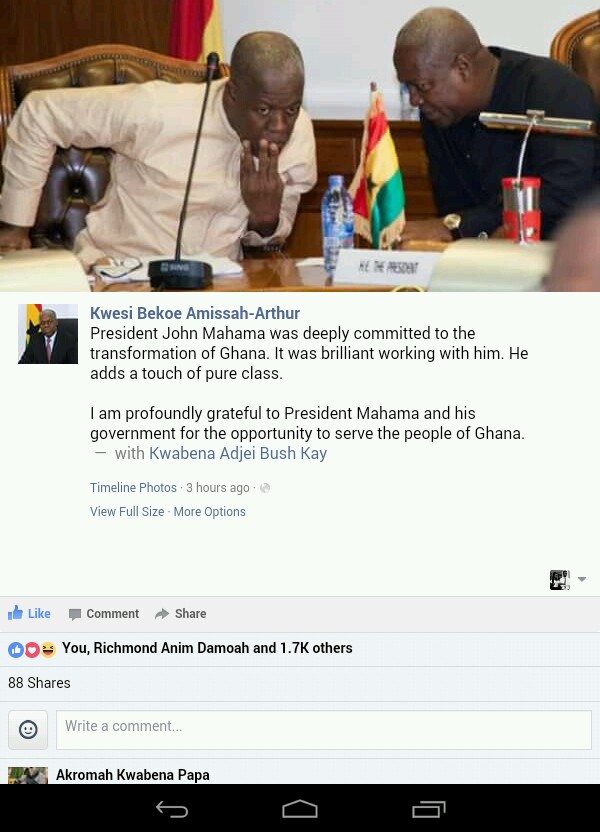 Former Vice President, Kwesi Amissah-Arthur, has stated he is much grateful to former President John Mahama for the opportunity to serve in his government.

Mr. Amissah Arthur, who served with John Mahama from 2012 when the latter had to take up the Presidency post following the demise of President Evans Atta-Mills, euologized Mahama for his commitment to the transformation of Ghana.
In a Facebook post on Saturday, January 7, Mr. Amissah-Arthur said, “it was brilliant working with him [Mahama].