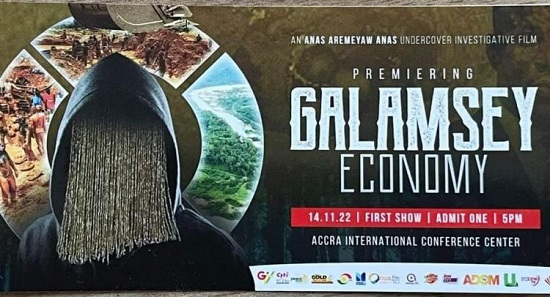 Anas Aremyaw Anas and Tiger Eye PI is set to release yet another explosive undercover investigative piece on November 14, 2022 at the International Conference Centre, Accra.

Prior to this, Anas Aremeyaw Anas and his TigerEye PI team released a documentary on Ghana’s mining sector in 2019.

Anas and his team exposed among other things the deep-rooted corruption hampering government’s fight against illegal mining in the country.

Anas, among other things, in the piece shamed some high profile personalities tasked to clamp down on illegal mining but failed to do so and sold their integrity for cash.

Tiger Eye P. I. is an investigative organization based in Accra, Ghana. It is headed by multiple award-winning investigative journalists Anas Aremeyaw Anas. The organization has undertaken several high-profile investigations to expose corruption, human trafficking, smuggling, and human rights abuses among others.