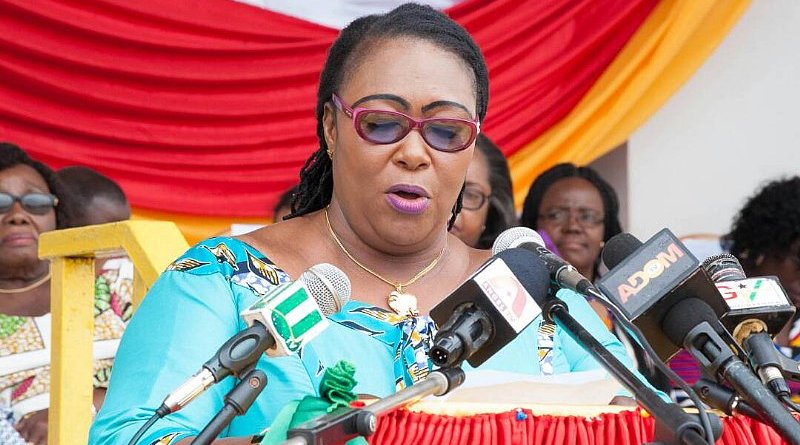 The striking nurses at the Ankaful Psychiatric Hospital in the Central Region have agreed to resume work, following days of protest against the hospital’s Medical Director, Dr. Eugene Dordoye.

Their decision to resume work follows a meeting between the nurses and deputy health Minister, Tina Mensah.

According to the minister, she could not give the nurses the assurance that the embattled hospital director, Dr. Eugene Dordoye had been permanently removed from the facility, however, the staff were appreciative of the goodwill and have decided to return to work with immediate effect.

Staff at the Ankaful psychiatric hospital since November 2017, have been demanding the dismissal of their Director, Dr. Eugene Dordoye over various levels of allegations.

The Medical Director has been accused of corruption, human rights abuse, conflict of interest, misappropriation of the funds and resources among others.

Staff at the hospital in a second strike action resolved to boycott their duties at work on Wednesday, February 14 on the basis that their mental and physical health is at risk due to the abusive behavior of their director.

A meeting was then scheduled between the Ministry and the Ankaful psychiatric nurses to solve the impasse between the hospital director and staff but it was called off after the staff refused to honour the invitation.

Ankaful Director relieved of his appointment

Director of Ankaful Psychiatric hospital, Dr. Eugene Dordoye after an emergency meeting between the Ministry and the Director, Friday, February, 16 was asked to leave his post.

The Public Relations Officer of the Health Ministry, Robert Cudjoe revealed that Dr. Dordoye was relieved of his appointment, hence a new director will take over the following week.

The embattled Medical Director, Eugene Dordoye, is currently undertaking some courses to improve his interpersonal and human relation skills according to the Mental Health Authority.