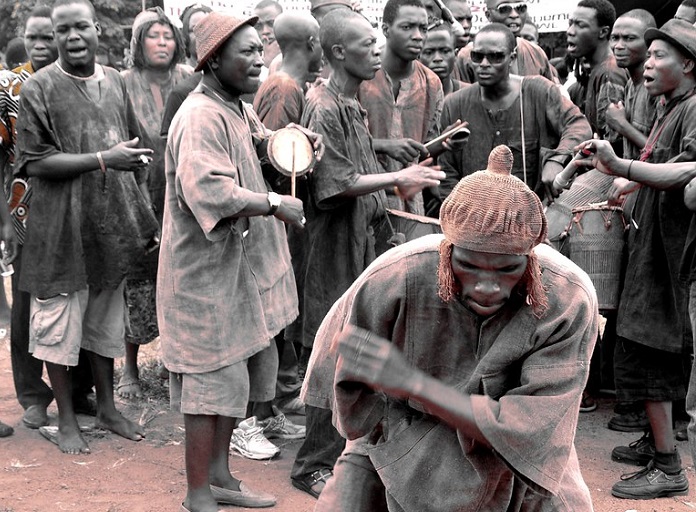 The Asogli State in the Volta Region, have stated their readiness to deploy their warriors to help the state security agencies protect its territory from the Western Togoland group.

This follows a statement by the Volta Regional House of Chiefs who expressed dissatisfaction over government's handling of the matter.

The Volta Region House of Chiefs roundly condemned the attack by the purported "Western Togoland Group" in no uncertain terms but said the state security should be doing more to protect the people.

Togbui Lakle Howusu XII the Warlord of the Asogli State addressed the media on September 29, 2020, and stated their readiness to deploy some warriors to battle the secessionist group.

"We condemn the act of violence purported to have been carried out by the Western Togoland group. The blockades, burning of tyres, taken hostage of police and burning of STC bus. We urge the police to probe the issue and ensure those involved will face the full wrath of the law. We, therefore, want to state clearly the commitment of the Asogli State council that we will assist the government to protect the state. We ask those involved in these criminal act to use proper channels to address their issues. The Asogli State council is ready to deploy its warriors to protect their territory in collaboration with the security agencies".

Meanwhile, the Ghana Police Service says it is investigating the alleged arson attack by some armed men at the Ho STC yard.

The attack on Monday evening was said to be carried out by persons believed to be members of a Volta separatist group who fired gunshots before proceeding to assault the drivers of the buses.

The security guard is reported to have been held at gunpoint while they set one of the buses on fire and damaged another.

The incident which happened at the Ho Intercity STC yard has heightened the presence of security forces in the area.

This is the latest in attacks in the region after a separatist group, the Western Togoland Restoration Front last Friday’s demanded their independence from Ghana.

The group in the early hours of Friday, September 25, blocked major entries into the Volta Region claiming independence as Western Togoland.

Most passengers travelling to areas in the Volta Region including Tefle, Tsopoli, and Juapong were left stranded as a result of the development.

The secessionists also attacked the Aveyime and Mepe police stations in the North Tongu District of the Volta Region.

The group of armed men, numbering about 50, forcibly took over both stations simultaneously; overpowering the police officers and making away with the weapons in the armoury.

The group at Mepe after hoisting a Western Togoland flag joined their colleagues at the Aveyime police station, seized two police vehicles, held three officers, including the Police Chief, hostage and injured one.

It is currently unclear if the perpetrators are members of the Western Togoland Restoration Front.