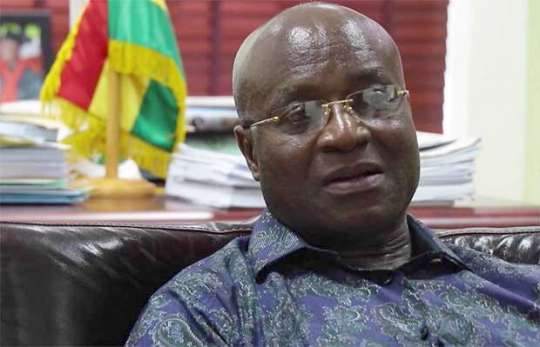 The Majority Leader Osei Kyei Mensah Bonsu has raised concerns over some of the appointments made so far by Speaker of Parliament Alban Bagbin.

He says the appointments are a source of worry because the Speaker wants to dominate Parliament with NDC members.

â€œSince the Speaker came, he has brought Kofi Attoh who is a National Vice Chairman of the NDC as his special Advisor, he has brought him to Parliament. He has brought Honorable Amoatey who used to be an MP to his office to work, he has brought Honourable Shaibu who is an immediate past MP but lost in the recent election and now he has brought the General Secretary. That makes it look like he wants to dominate parliament with NDC members. That is one major worry. Where are we going,â€ he questioned in an interview with Okay FMÂ

The Speaker of Parliament, Alban Sumana Kingsford Bagbin reading a report by a special advisory committee on the floor of Parliament on March 29, 2021, said the committee had noted that there could be concerns about Mr Asiedu Nketiaâ€™s appointment owing to his position as a General Secretary of the opposition party.

The committee however stated that the decision to appoint Asiedu Nketia or not was within the rights of the Speaker.

But the Majority Leader in sharing his thoughts on the matter, described the appointment as unprecedented adding that even though he holds no issue about the personality and competence of Mr Nketia, his position as a party executive makes his appointment questionable.