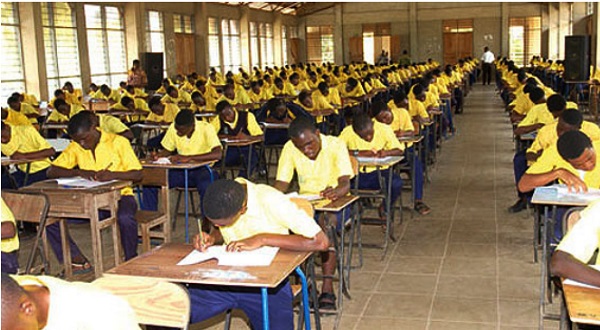 The West Africa Examination Council (WAEC) announced that the Bright Senior High School in the Eastern Region is no longer an examination centre for the ongoing WASSCE.

The centre has been relocated to the Ofori Panin Senior High School following the student riot that occurred at the centre on Thursday.

The students of Bright SHS launched the attack after allegedly being incited by their proprietor, Bright Amponsah who was reportedly upset WAEC officials had tightened security during the examination.

The attack left some of the officers and a journalist wounded and hospitalised.

WAEC in a statement noted it will not hesitate to sanction students and teachers of the school if they are found culpable in the rioting at their premises. Final year students of the school who are writing their exams on Thursday attacked an invigilator and a reporter over claims that supervision was strict during the exams. They were reportedly instigated by the proprietor of the school.

“The Council strongly condemns the behaviour of the proprietor and candidates of Bright SHS as reported and wishes to caution that such unruly behaviour contravenes Section 8 (1) of the WAEC Act, 2006 (Act 719) which frowns on and sanctions acts of assault on examination officials.

“In order to ensure the integrity of the examination and safeguard the lives of examination officials (Supervisors, Invigilators and WAEC Officers) assigned to the centre, the Council has decided to, in the interim, relocate the centre from Bright Senior High School to Ofori Panin Senior High School effective Saturday, 8th August 2020,” WAEC said in a statement Friday.

The proprietor of the school has been picked up by Police from the Eastern Regional Command.

How the incident occurred
Nii Djan Mensah, the WAEC official supervising the Kukurantumi and Tafo Zones recounted that on Monday when the integrated science paper was being written, he discovered some evidence of cheating in a urinal in the school.

Then in one of the exam halls, he says he also found foreign materials under the desk of one of the candidates, though the invigilator, one of the teachers in the school, pretended not to see it.

Mr. Mensah said he then tried to retrieve the material, but the teacher hurriedly took it and “before I realize, he had put it in his mouth and he started chewing it.”

Because of what happened on Monday, WAEC decided not to allow any of the school’s teachers near the examination centres.

The heightened security during the subsequent days of the exams reportedly infuriated the proprietor of the school who charged the students to leave the examination hall and beat up the invigilators.

A reporter with the Daily Graphic in Koforidua, Damalie Emmanuel Pacome, was also later attacked by the students wielding knives, cutlasses, sticks, and stones.