Building collapses on five people, one in critical condition at Namangu 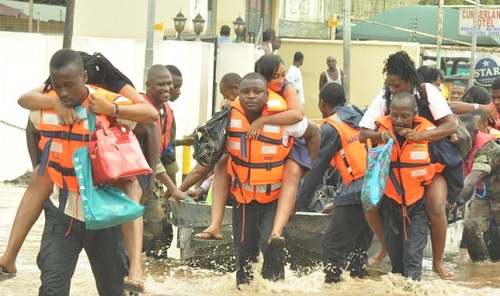 A building has collapsed on five people during a heavy downpour on Friday, September 11, 2020, at Namangu.

The five persons have been rushed to the Baptist Medical Centre at Nalerigu in the Northern Region.

They were said to be in their rooms at Namangu, a farming community near Langbinsi in the East Mamprusi District when the incident occurred.

The North East Regional Director of the National Disaster Management Organization, John Kweku Alhassan who confirmed the incident called on residents to move to safer grounds.

Mr. Alhassan also cautioned travellers against plying major roads like the Tamale-Bolgatanga highway and the Nakpanduri-Gbintiri road until the floodwaters recede.

“The Pwalugu bridge is flooded. Yesterday the North-East Regional Minister tried to cross, it is really serious. As of now, there is a bridge between Nakpanduri and Gbintiri, the road has been disconnected. We advise the public to stay away from the water because you may be carried away if you try crossing.”