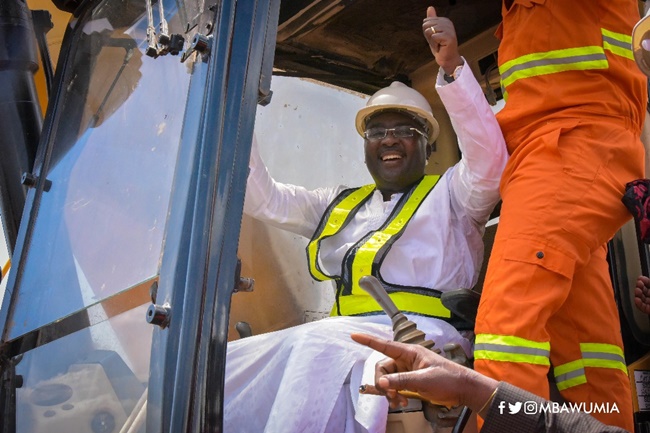 Vice President Dr. Mahamadu Bawumia has cut the sod for the inner roads construction project in the Cape Coast metropolis.

The project which forms part of the Syno-Hydro partnership agreement between the Chinese Government and the Government of Ghana will see 30,000 km of roads being constructed in Cape Coast.

Speaking at the sod-cutting ceremony, Dr. Bawumia explained that the government is indeed committed to revamping road infrastructure in the country while doing more to improve general wellbeing in the country.

Good road infrastructure, he explained, will not only improve movement but business as well.

He described as a charade the posture of the NDC administration, especially per their Green Book that the country enjoyed massive road infrastructure during their tenure as evidence on the ground suggests otherwise.

The government he says will not only focus on the road sector but fisheries as well as already 5,000 outboard motors are due to shared among fishermen in the country to improve their activities.