CETAG, CENTSAG threaten to strike over conditions of service 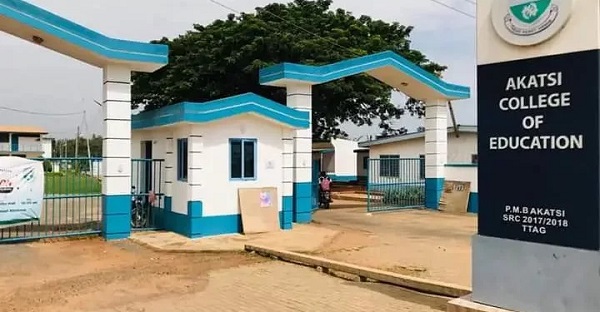 The two groups have threatened to lay down their tools again if government does not prioritize their welfare.

CETAG ended its weeks of strike action in January 2022 after the government promised to take strict action to address the non-implementation of its 2017–2020 terms of service, but 10 months later, those resolutions have still not been put into effect.

In a joint statement, the groups have given government five working days to address the concerns or risk an industrial action.

“Finally, we want to state unequivocally that by Friday, 11th November 2022 if our demands have not been met, we shall reactivate our indefinite strike actions which we suspended on January 24 and April 14, 2022 respectively.”

They are asking for;

i) Non-finalization of CETAG’s Conditions of Service (CoS) negotiations which started on 14th August 2021 and have direct implications for CENTSAG’s own CoS.

ii)Unilateral determination of April 2023 by the Fair Wages and Salaries Commission (FWSC) as the effective date for placing First Degree Holders of CENTSAG on 17H on the SSSS.

iii) Undue delay by the Ministry of Education in responding to our request for payment of compensation for all-year-round work to both teaching and non-teaching staff.

READ ALSO: Akufo-Addo govt has created more jobs than any other in 4th Republic – Bawumia

iv) Deliberate variation of Fuel, Vehicle Maintenance, and Off-Campus allowances of CETAG and CENTSAG members as compared to our counterparts in other analogous institutions in the face of the rising cost of fuel prices in the country.

v) Unfair retrospective deductions of office holding allowances paid to some members of CENTSAG and CETAG. 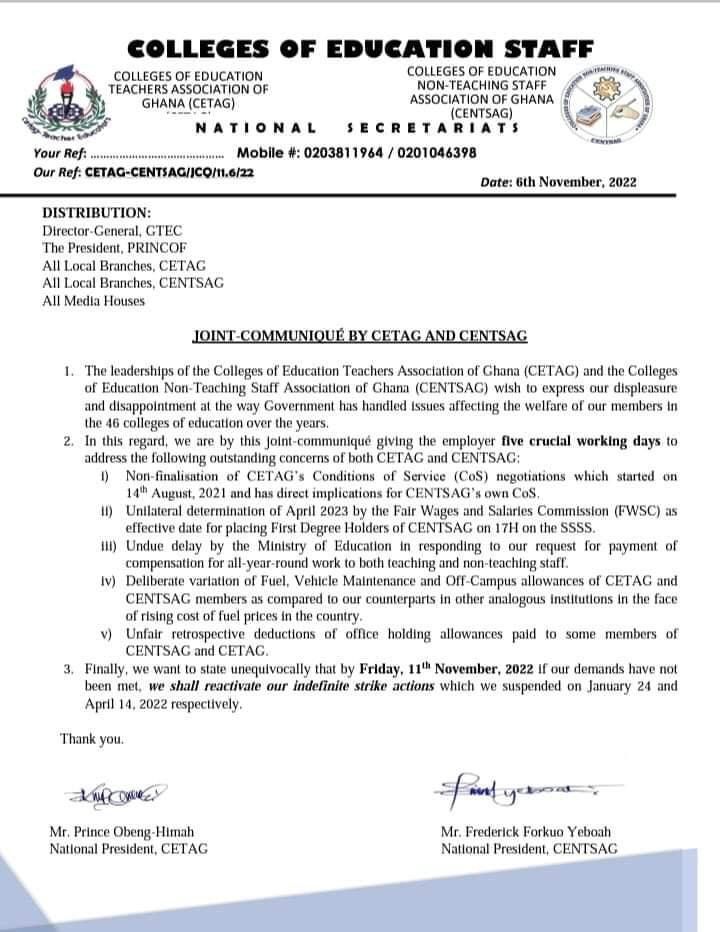