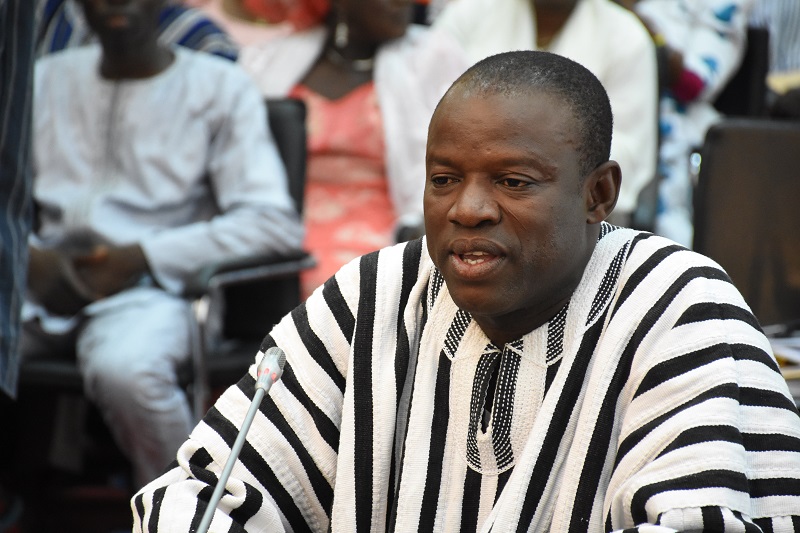 The Northern Regional Minister, Salifu Saeed has called on traditional leaders in the Northern region to collaborate with the National  Security Council to bring an end to violence in Chereponi.

The Minister made this known at the meeting with the Regional Security Council which was aimed at devising an appropriate response to the renewed violence between the konkombas and Chokosis in Chereponi.

The recent conflict in Chereponi which left two people dead and hundreds of people displaced despite maintained police and military persons in the area. The violence that erupted between the two factions made it difficult for the National Disaster Management Organisation (NADMO) to release items to persons in need of aid.

He also called on the King of Dagbon, Yaa-Naa Mahama Abukari II and overlord of Mamprugu to collaborate with them to bring an end to the violence in Chereponi

''I also want to stand on behalf of the regional security council to call on the traditional authorities especially the king of Dagbon Yaa Naa as well as the Nayiri the overlord of Mamprugu because as we sit today, administratively Chereponi falls within the North East region. Traditionally these affected areas fall within the Jurisdiction of the overlord of Dagbon. Even though the Yaa Naa has called some of the key people, we want to reiterate the fact that the two overlords need to do more together with us, we need to do a collaborative effort''.

The Northern Regional Minister, Salifu Saeed also encouraged politicians from the two ethnic groups to come to Chereponi to engage directly with the people to stop the violence

''Politicians from both ethnic communities should leave their work wherever they are, within the region or in Accra. They should come down and team up with us because they are also representing the people. They have to come because they can't be suffering whilst they are in their areas. If they genuinely claim that they represent the people then they should come down to bring their influence to bed.

Meanwhile, the regional minister said six persons out of the eight involved in the violence were sent to court yesterday and they have been remanded into prison custody.