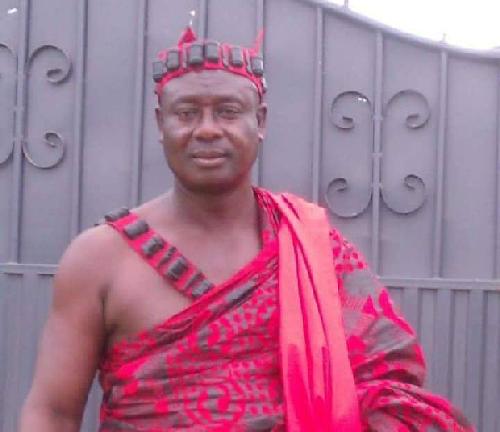 The Police through a statement have dismissed reports claiming that the Chief, Nana Clark who was arrested in connection with the murder of a prospective student-nurse at Mankessim has died.

Media reports on Saturday suggested that Nana Clark, the chief who is currently being held with a co-accused had died in custody after taking poison.

However, the Police said the news is false, urging the public to treat it with the contempt that it deserves.

“The report circulating in the media that the chief arrested in connection with the murder of a prospective student-nurse at Mankessim has died is false," a Police statement read.

“We urge the Public to treat the report with the contempt that it deserves. The chief and his accomplice who were remanded into police custody by the court to reappear on October 4, 2022 are alive and in custody”.

The two are alleged to have kidnap, killed and buried Georgina Asor Botchwey in an uncompleted story building for ritual purposes.

They were slapped with conspiracy to commit a crime, to wit murder and murder contrary to section 46 of the Criminal and Offences Acts 1980, Act 29 and put before the Cape Coast District Magistrate Court presided over by her worship Bernice Mensima Ackon.