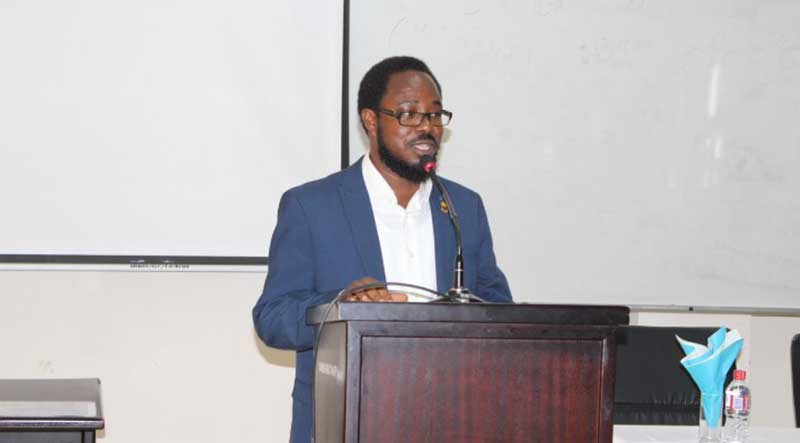 Senior Lecturer at the University of Ghana, Dr Kobby Mensah says it looks like when it comes to religion people suspend reasoning.

Expressing his views on the Akyem Batabi church building collapse, Dr Kobby Mensah said looking at the picture of the building before it collapsed no one will like to be inside it for a church service.

"One of my colleagues actually comes from the area and I have been to the area on a number of occasions. In fact, yesterday we were discussing it and he said he kept taking photos of that building whenever he passes."

Dr Mensah said if the said building should have been a commercial building for business people would have been more careful but for the fact that it was a church building, they did not pay attention to the structural integrity.

"I think it is sad, of course, our condolences go to the family but it looks like when it comes to religion our people suspend any reasoning because I don't think that anybody will go there if any public building is like that... let's take as a commercial building where they sell goods I'm sure people will be very careful to enter that particular space. Now when it comes to religion it looks like people suspend any rationality and as a result, they do not actually see any danger."

He has also questioned those mandated to give a permit for buildings and checking their structural integrity.

Dr Mensah noted that we cannot entirely blame the church members but the officials mandated to check these buildings.

He called for education to make people aware that they need to be responsible for their safety.

National Disaster Management Organisation, NADMO has on Friday, October 23, 2020, ended its search and rescue mission to find persons who survived following the collapse of a church building at Akyem Batabi in the Asene Manso Akroso District of the Eastern Region.

Rescuers recovered 22 dead bodies including that of a baby girl. Of the dead persons, 12 were female and 10 were males.

Eight survivors were saved during the earlier stages of rescue efforts.

The three-storey building which served as a structure for the Church of Prosperity collapsed around 2 pm on Tuesday, October 20, 2020.

After some four days searching for survivors, NADMO halted the use of machines.

The Ghana Air Force provided the sniffer dogs during the early hours of Friday to check for possible bodies covered by the debris.

There were conflicting reports about the number of persons who were in the building before it went down.