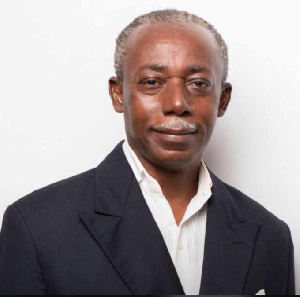 The cleaner for late Prof Emmanuel Benneh has confessed his involvement in the murder of the University of Ghana lecturer.

The prosecution told the Kaneshie District Court that the cleaner mentioned two other accomplices. One is on the run and the other remanded.

The cleaner is part of five suspects arraigned on Wednesday.

They are largely domestic workers to the late law lecturer who was murdered September 10, 2020 in his East Legon mansion.

Three accused persons were freed by the court after the state said it did not have enough evidence to back the charges.

They are Isaac Botchway, 41yrs, the houseboy who told theghanareport.com’s Manasseh Azure that he cleaned off the bloody scene after arriving at the scene of the murder.

But 26-year old James Nana Wamba, a cleaner, and Opambour Agya Badu Nkansah have been remanded.

They have been charged with unlawful and intentional cause of death and murder.

According to the prosecution James allegedly confirmed his involvement in the murder of Prof Benneh who was killed in his Adjiriganor home near East Legon.

James is alleged to have named Opambour Agya Badu Nkansah and one other person as his accomplices.

The court, presided over by Eleanor Barnes Botchway, issued a bench warrant for the arrest of the third suspect.

According to the prosecutor, Inspector Ebenezer Teye-Okuffo, a post-mortem indicated that the university law lecturer’s death was a homicide.

They are to reappear on October 14.

Earlier the prosecution had withdrawn its earlier charge sheets and replaced with a new one which let off the three suspects.

Prof. Benneh, said to live a solitary life, was found dead in his home Saturday morning. He was believed to have been murdered on Thursday night.

But police picked up his body from his East Legon home on Saturday.

However, one Isaac Botchway, who said he was the late law professor’s houseboy said the last time he spoke to him was on Thursday at about 8 pm.

Mr Botchway said he lived in Accra Central and Mr Benneh normally called him whenever he needed him to run errands for him.

After finding out that the professor was not answering the door, they broke in.

“When the door was forced open, he was found dead,” he said.

His hands and legs were all tied, and his body was found in a pool of blood between the bedroom and the living room.

There were signs of a struggle in the room prior to his death.

Although the crime scene has been cleaned, there were splashes of blood on the floor. Isaac Botchway was later picked up by the police as a suspect but has now been freed.