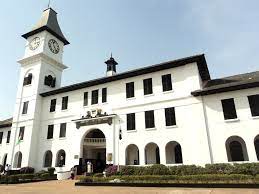 The Human Rights Division of the High Court has dismissed a request from the lawyer representing the Achimota school to consolidate two suits brought against it by Oheneba Nkrabea and Tyrone Marhguy, both dreadlocked students denied admission because of their hair.

The Judge, lady Gifty Addo in response said granting the request will not be for the expedited nature in which she wants the case to run, especially since both cases would require their own judgment in the end.

The school in this case however filed its affidavit in opposition to the case on Friday, April 30, 2021, a situation the judge said has not permitted her to peruse the document.

The school is also yet to file its written submission.

The court thus gave the school five working days to file it after which the case would be heard on May 14, 2021.

Meanwhile, the cost of GHS10,000 requested by the lawyer of Oheneba Nkrabea, Wayoe Ghanamannti against the Achimota school was not granted.

He justified the request saying that it was to pay for homeschooling for Oheneba as the matter was in court.