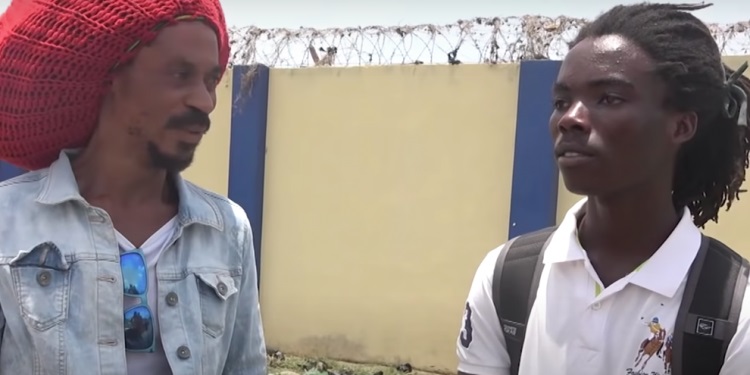 Achimota denied him admission over his dreadlocks and he has taken up the matter legally.

In the suit sighted by Prime News, the student, Tyrone Iras Marhguy, maintains that his rights are being violated by the schoolâ€™s actions.

They want a declaration that denying the student, Tyrone Iras Marhguy, admission because he keeps dreadlocks is â€œa violation of his right to education guaranteed under Articles 25(1)(b), 28(4) of the 1992 Constitution.â€

The family also argued that the denial of admission is a â€œviolation of his [Tyrone Iras Marhguyâ€™s] right to dignityâ€.

â€œâ€¦There is no lawful basis for [Achimota School] to interfere with the applicantâ€™s right to education based on his rasta through which he manifests or expresses his constitutionally guaranteed right to religion and to practice and manifest same,â€ the family argued in the lawsuit.

They want â€œan order directed at [Achimota School] to immediately admit or enrol the applicant to continue with his education unhindered.â€

In addition, they want compensation for the â€œinconvenience, embarrassment, waste of time, and violation of his fundamental human rights and freedomsâ€. 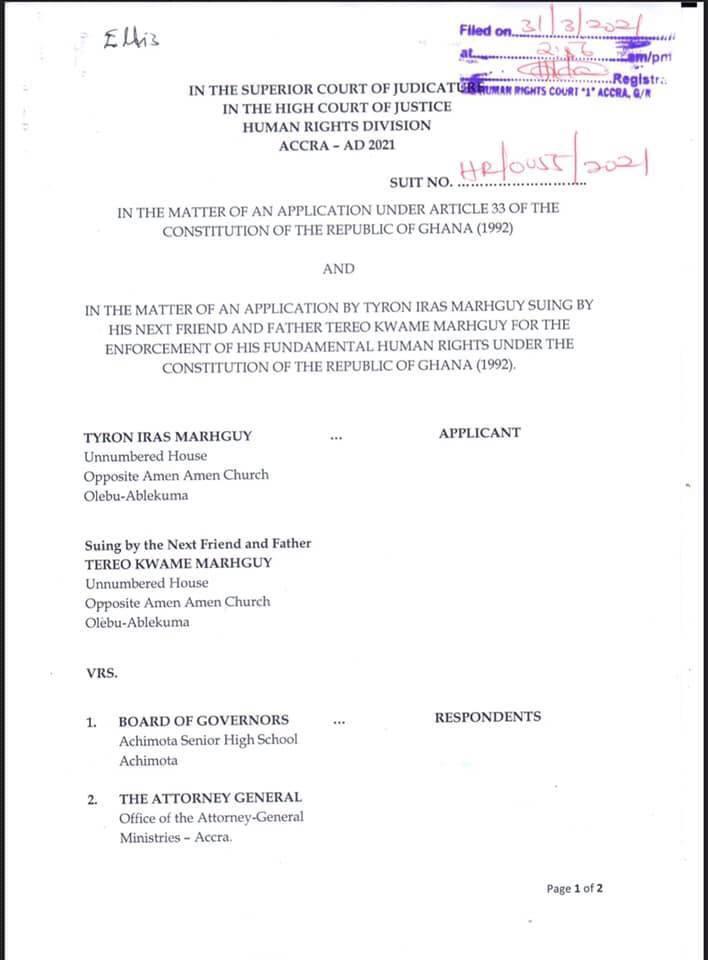 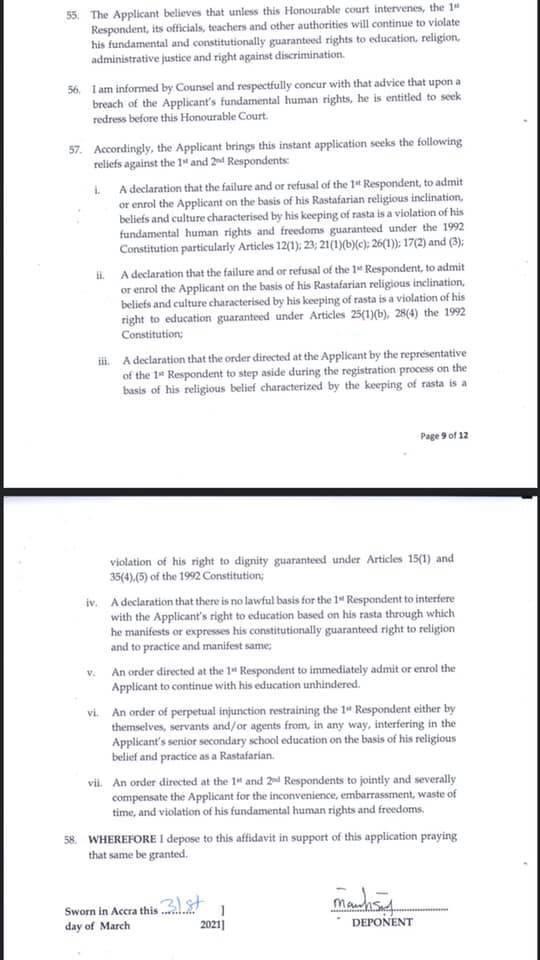 Tyrone Iras Marhguy was denied admission at the school alongside another Rastafarian student, Oheneba Kwaku Nkrabea.

The saga has been ongoing since March 19 during which the two students have not been able to start academic work with their colleagues.

They were placed at the school through the Computerized School Selection and Placement System (CSSPS) having satisfied the entry requirement by creditably passing their Basic Education Certificate Examination (BECE).

Tyrone Iras Marhguyâ€™s results were attached to the lawsuit to emphasise his academic competence.

The school had asked the parents to cut off their wardsâ€™ hair or find another school for them.

Though the Ghana Education Student initially directed Achimota School to admit the students, it backtracked after pushback from the schoolâ€™s stakeholders and further engagements.

In defence of the schoolâ€™s decision, the Achimota School PTA said its revised rules and regulations from August 2020 indicate that students must keep their hair low, simple and natural.