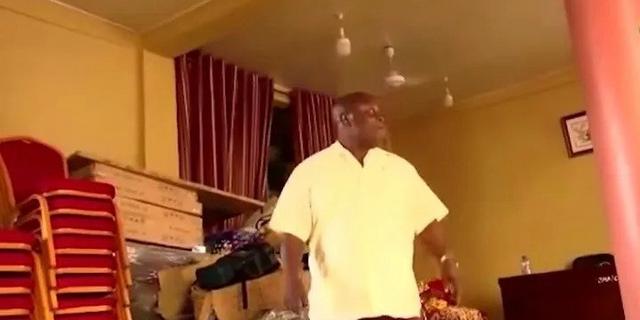 The former Municipal Chief Executive nominee for Juaben, Alexander Kwabena Sarfo-Kantanka, has been granted bail to the sum of GH¢ 90,000 with two sureties who are Ghanaians with credible Ghana cards, one to be justified with a landed property.

Mr Sarfo-Kantaka is facing 26 corruption charges in respect of a public election following a probe by the Special Prosecutor’s office.

He has pleaded not guilty to all the corruption charges brought against him by the office of the Special Prosecutor.

Mr. Sarfo-Kantanka, who was the New Patriotic Party’s Juaben constituency Chairman, was the subject of an investigation after being captured in a video in November 2021 accusing assembly members in Juaben of refusing to confirm his nomination as the Municipal Chief Executive despite allegedly bribing them.

The case has been adjourned to the 29th of June for case management.

He is said to have also gifted the Government appointed members GH¢2,500 each to allegedly influence their conduct in the performance of their duty as voters.

The election was held on September 29, 2021, and Mr. Sarfo-Kantanka failed to secure the required number of votes for confirmation as Municipal Chief Executive.

The assembly currently has no chief executive, and its residents have made appeals to the central government to give them a new nominee.