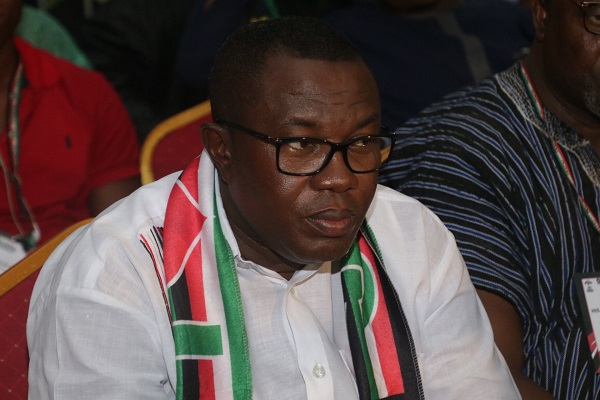 An application by the National Chairman of the opposition National Democratic Congress (NDC), Samuel Ofosu Ampofo, to have his trial put on hold, will be decided on by the Court of Appeal today November 6, 2019.

Lawyers for Ampofo filed an application for stay of proceedings at the second-highest court of the land after the trial judge at the High Court dismissed a similar application in July, this year.

He wants the trial halted until the final determination of an appeal at the Court of Appeal in which he is challenging the trial court’s decision not to strike out the charges against him.

In view of the pending application at the Court of Appeal, the Accra High Court, presided over by Justice Samuel Asiedu, on Monday adjourned the trial to Monday, November 11, 2019.

Ampofo is standing trial together with Anthony Kwaku Boahen, a Deputy Communications Officer of the NDC, over an alleged leaked tape in which the NDC National Chairman allegedly incited violence against the Chairperson of the Electoral Commission (EC), Mrs. Jean Mensa, and the Chairman of the National Peace Council (NPC), Rev. Prof. Emmanuel Asante.

According to the prosecution’s facts, following the Ayawaso West Wuogon by-election debacle on January 31, 2019, Ofosu-Ampofo met with some NDC communicators on February 3, 2019.

It explained that at the said meeting, Ofosu-Ampofo and Boahen set out a road map of criminal activities, including violence against Mrs. Mensa and Rev. Prof. Asante.

It said an audio recording of the said meeting was leaked, leading to investigations by the Criminal Investigations Department of the Ghana Police Service into the comments on the tape.

READ ALSO: Court throws out Ofosu Ampofo’s application to halt the case against him

The prosecution added that on February 20, 2019, Boahen granted a radio interview in which he confirmed his participation in the said meeting and also revealed that the leaked audio recording was a true reflection of what had transpired at the February 3, 2019 meeting.