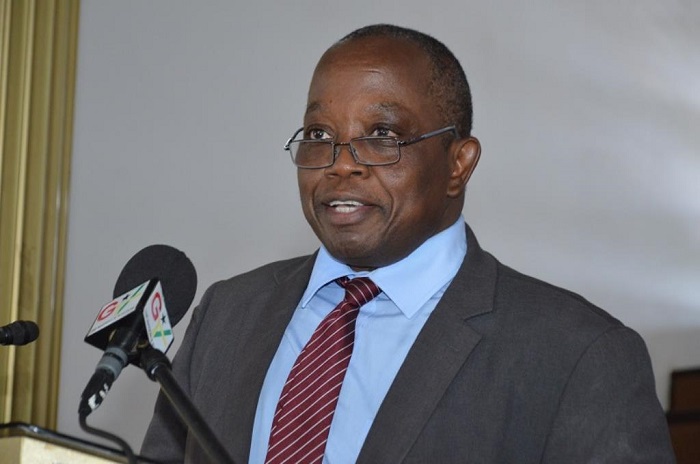 The Auditor-General, Daniel Yao Domelevo is expected to resume work today Wednesday, March 3, following a directive from the Presidency in July 2020 to take his accumulated leave.

Mr Domelevo who clarified the date after various news reports that the 167-days leave he started on July 1 had expired, said although it ends on March 2, he will report on 3rd.

But this could be delayed as the Audit Service Board is challenging his nationality and retirement age.

The Audit Service Board says Mr Domelevo is Togolese and was born in 1960 hence was due for retirement on 1st June 2020.

In providing details to its claim, the Audit Service Board said in a letter dated 26th February 2021 that, â€œRecords at the Social Security and National Insurance Trust (SSNIT) completed and signed by you indicate your date of birth as 1st June 1960 when you joined the scheme on 1st October 1978. The records show that you stated your tribe as Togolese and a non-Ghanaian. That your home town is Agbatofe.â€

â€œOn 25th October 1992, you completed and signed a SSNIT Change of Beneficiary Nomination form, stating your nationality as a Ghanaian and your home town as Ada in the Greater Accra Region. The date of birth on your Ghanaian passport number A45800, issued on 28th February 1996 is 1st June 1961. That place of birth is stated as Kumasi, Ashanti Region,â€ the correspondence stated.

Domelevo has responded to these allegations and in a letter, said his grandfather was a native of Ada in the Greater Accra Region but migrated to Togo and stayed at Agbatofe.

Earlier, the Office of the President had extended the initial leave by 44 days after Mr Domelevoâ€™s letter to President Akufo-Addo, urging him to reconsider his directive to proceed on his accumulated leave.

Among other things, the Auditor-General had claimed that the directive was a breach of the labour law and was unconstitutional.

Mr. Domelevo explained that based on the labour law and recent practice, â€œno worker is deemed to have accumulated any leave on account of having failed, omitted, neglected or even refused to enjoy their right to annual leave, which the law guarantees for their benefit, not the employer.â€

But a letter dated Friday, July 3, 2020, and signed by the Secretary to the President, Nana Bediatuo Asante, said although the Presidency is yet to be formally served with a copy of the letter by the Auditor-General, it has taken due notice of the content which has been widely spread in the media and on social media.

It has, therefore, decided to increase the accumulated annual leave of the Auditor-General from the initial 123 to 167 working days to include his period of leave for the year 2020 other than the earlier directive which only calculated the accumulated leave days from 2017 to 2019.

Many Ghanaians including some Civil Society Organisations (CSOs) have since attributed the â€˜forcedâ€™ leave to the $1 million surcharge slapped on former Senior Minister, Osarfo Marfo by the Auditor General, Daniel Yaw Domelevo.