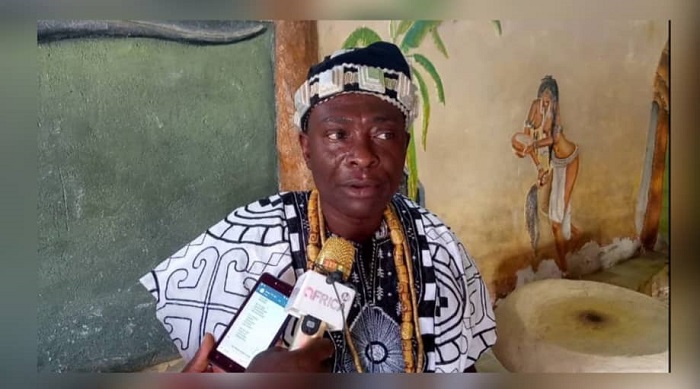 The Paramount Chief Of Sowutuom Nii Osabu Akwei I, who also serves as the development chief of the Ga State has advised the youth in the country to desist from political violence and rather seek for opportunities to get employment to make a living.

Nii Osabu Akwei I who also serves as a Youth Advocate, has appealed to the youth in the country to desist from political violence and rather focus on how they will earn living every day.

READ ALSO: There could be unholy alliances in 8th Parliament - Franklin Cudjoe

"As an opinion leader who also mentors youth I will humbly urge them to focus on how to live a better life than following political parties to fight for them in which sometimes some of them lost their lives".

"Ghana as a country is ruled and governed by laws so if NPP or NDC believes the Electoral Commission Chairperson made some errors the court is the best to address these issues so that we can continue to live in the peace we came to inherit from our forefathers".

"The two prominent political parties signed a peace pact with the National Peace Council together with Office of the National Chief Imam, Christian Council Of Ghana and the National House Of Chiefs so they should act as peace ambassadors for their supporters to emulate". Nii Osabu Akwei added

Nii Osabu Akwei I furthermore appealed to the leadership of the National Democratic Congress(NDC) to seek redress from Court if they think some errors were committed and also call their party members to calm down.

He finally used the opportunity to wish Ghanaians Merry Christmas and Prosperous New Year in advance.