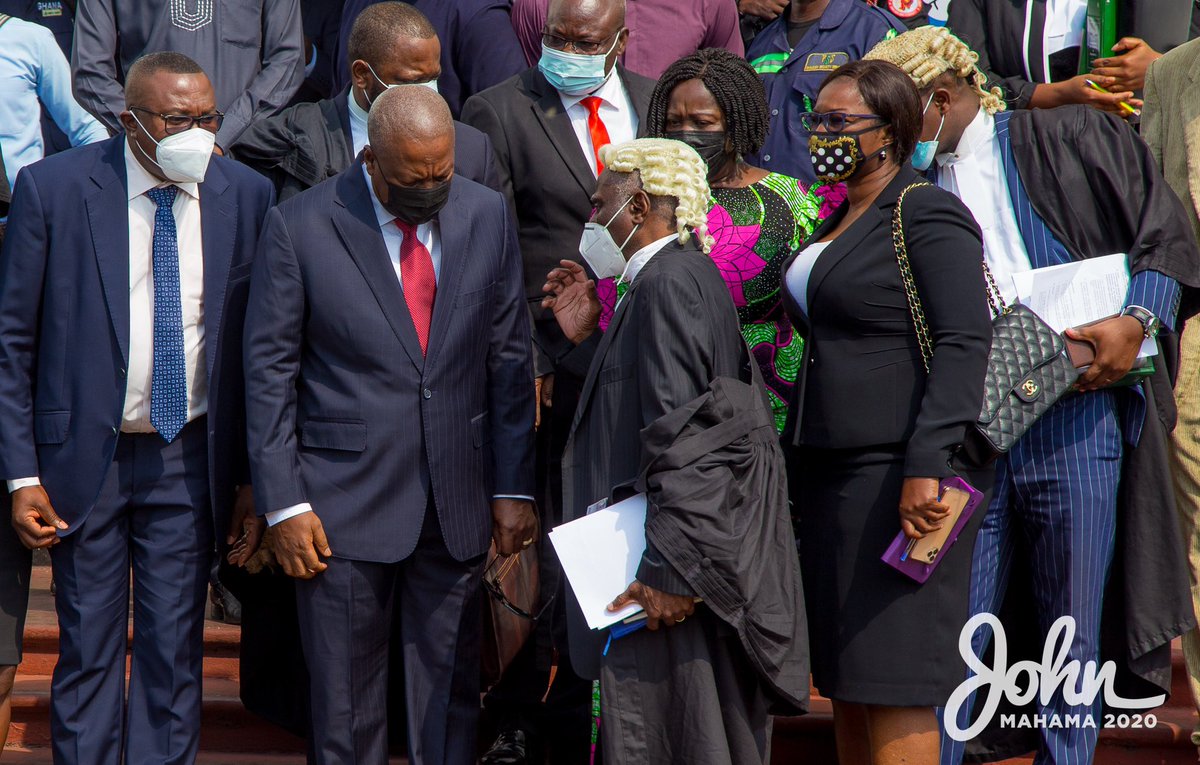 Lawyer for John Mahama in the election petition case, Tsatsu Tsikata, has notified the Supreme Court of an application for review of the court’s ruling on their interrogatories.

The Court on Tuesday, January 19, 2021, denied the petitioner, John Mahama’s application to put some 12 direct questions to the Electoral Commission, which the petitioner argued would have helped narrow down the issues for trial.

“The court is of the opinion that the crucial issue of relevancy has not been established in this application…We accordingly refuse to grant the application and same is accordingly dismissed,” portions of the ruling by the seven-panel of Justices hearing the case stated.

Lawyer for the petitioner Tsatsu Tsikata informed the court of the decision on Wednesday, January 20, 2021.

In law, interrogatories are a formal set of written questions propounded by one litigant and required to be answered by an adversary in order to clarify matters of fact and help to determine in advance what facts will be presented at any trial in the case.

Some of the information Mahama’s legal team led by Tsatsu Tsikata was seeking answers to, included, the manner in which the results of the 2020 presidential polls were transmitted and the level of involvement of the National Communications Authority (NCA) in the process.

But both the lawyers for the Electoral Commission and President Nana Akufo-Addo opposed the application.

They argued that John Mahama and his legal team were using the “back door” to seek further information from the EC that were not captured in their petition.

Mr. Akoto Ampaw, the lawyer for the President, Nana Addo Dankwa Akufo-Addo, described the application as a “fishing expedition”.

The Supreme Court in a unanimous decision dismissed the application.

Mahama is in court after he and his party –the National Democratic Congress– rejected the results of the 2020 presidential polls.

Mr. Mahama, the NDC’s presidential candidate in the 2020 polls, is of the view that President Nana Addo Dankwa Akufo-Addo failed to obtain the requisite number of votes to be declared the winner.

He is thus asking the Supreme Court to among other things declare the 2020 presidential polls null and void and further order the Electoral Commission to conduct a re-run of the election between himself and President Akufo-Addo.