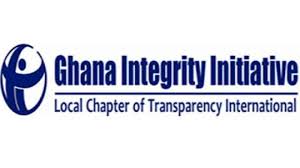 The Ghana Integrity Initiative (GII) has called on Ghanaians to disregard reports making rounds that Ghana has been ranked the third most corrupt country in 2019.

This follows a publication by usnews.com showing its latest Corruption Perceptions Index indicating Ghana's rank in corruption in 2019.

The site quoted the definition of corruption by Transparency International, the nongovernmental organization based in Germany as the ''the misuse of public power for private benefit''.

But in a statement released by the GII today, it was indicated that though the story was sourced from usnews.com who mentioned Transparency International for its definition of corruption and some key elements from the 2018 theme,'' it did not attribute the rankings to TI''.

The GII further described as 'fake' the latest corruption ranking by usnews.com indicating that the Corruption Perception Index (CPI) 2019 will be released on Thursday, January 23, 2020. Adding Transparency International has not released any report in regards to that

''Following the interest, the said story has generated among the general public ,GII wishes to officially state that neither TI or GII has released any such report

We will however want to take this opportunity to inform Ghanaians that the Corruption Perception Index(CPI) 2019 will be released on Thursday,January 2020''.

READ ALSO:Ghana ranked 3rd most corrupt country in the world 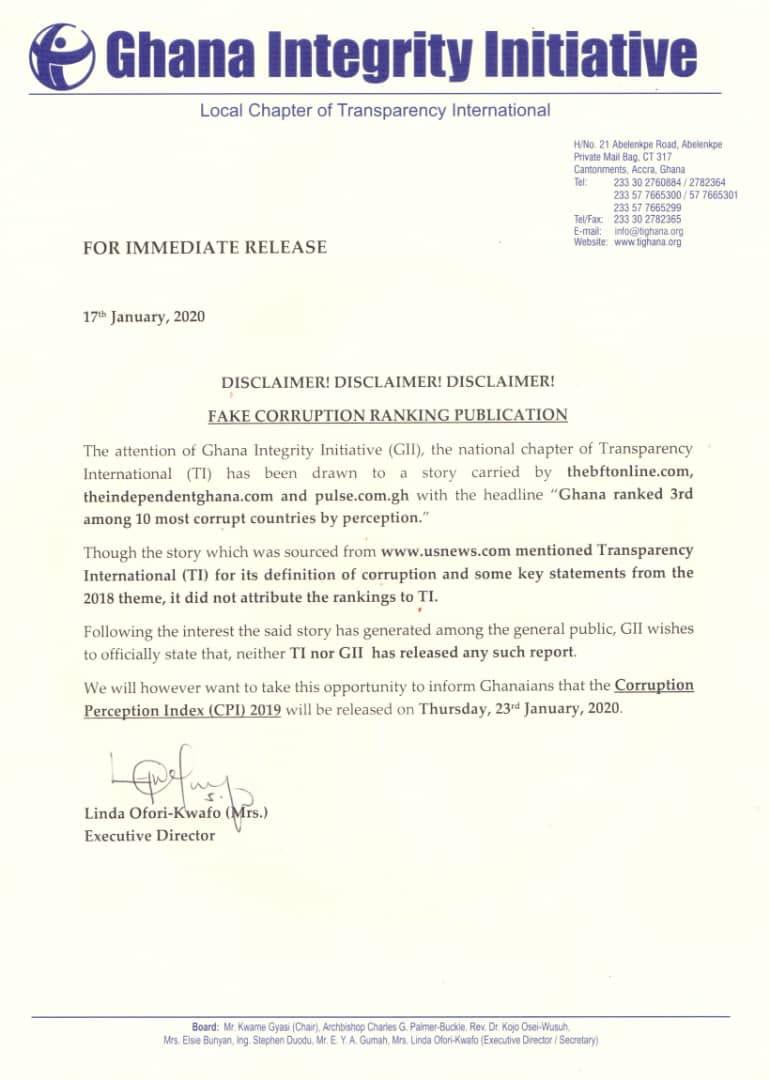