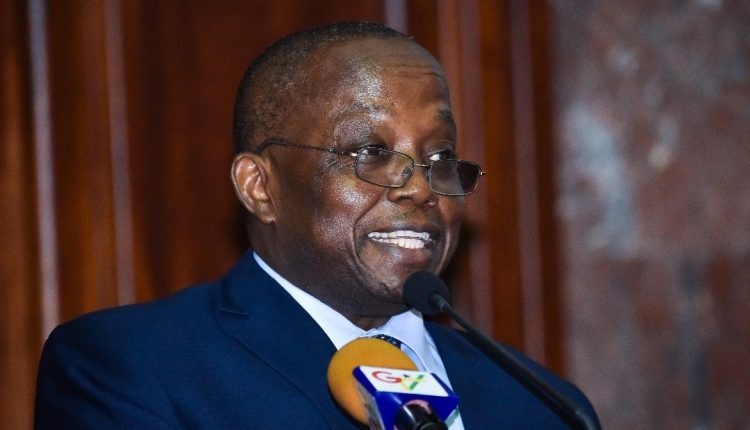 A letter from the Audit Service Board signed by the chairman Prof. Edward Dua Agyeman has asked the former Auditor General Daniel Domelevo to handover to Johnson Akuamoah Asiedu.

Daniel Domelevo is also required to complete the exercise within two weeks of receipt of the letter.

But in response, Domelevo said MrÂ Johnson Akuamoah Asiedu has been in charge since 1st July 2020 after a letter from the Presidency requested him to "hand over all matters relating to the Office of the Auditor-General" to him.

He stated that he has already prepared a handing-over note and handed over to the Acting Auditor General on June 30 2020 and he has been in charge for over 8 months.

Read the two letters below: 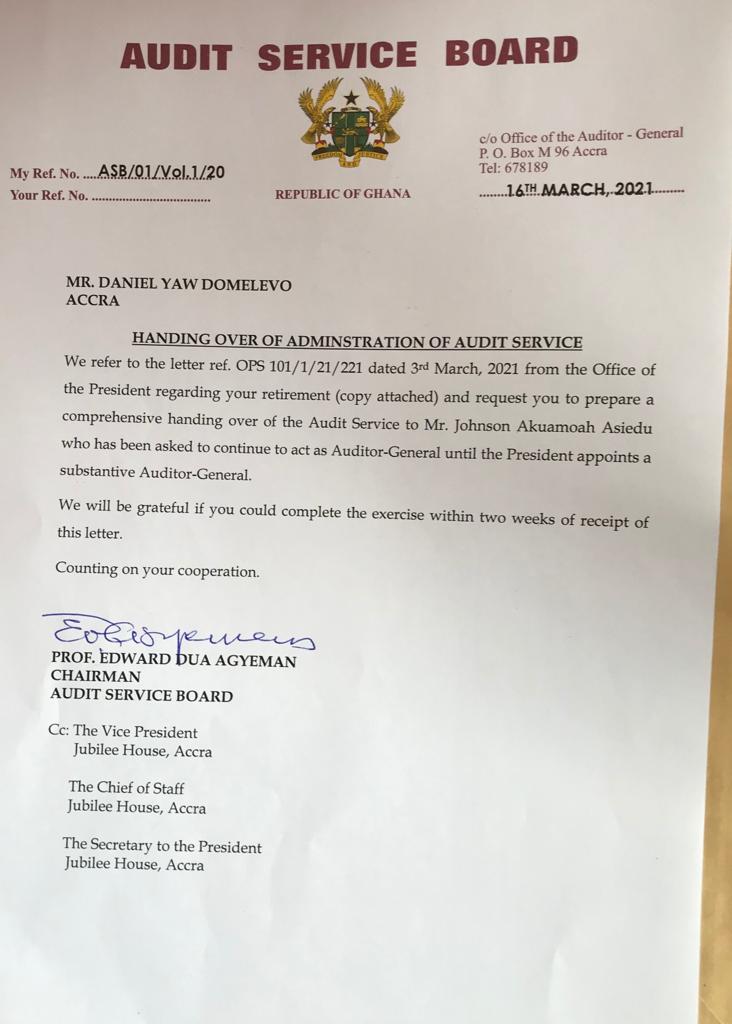 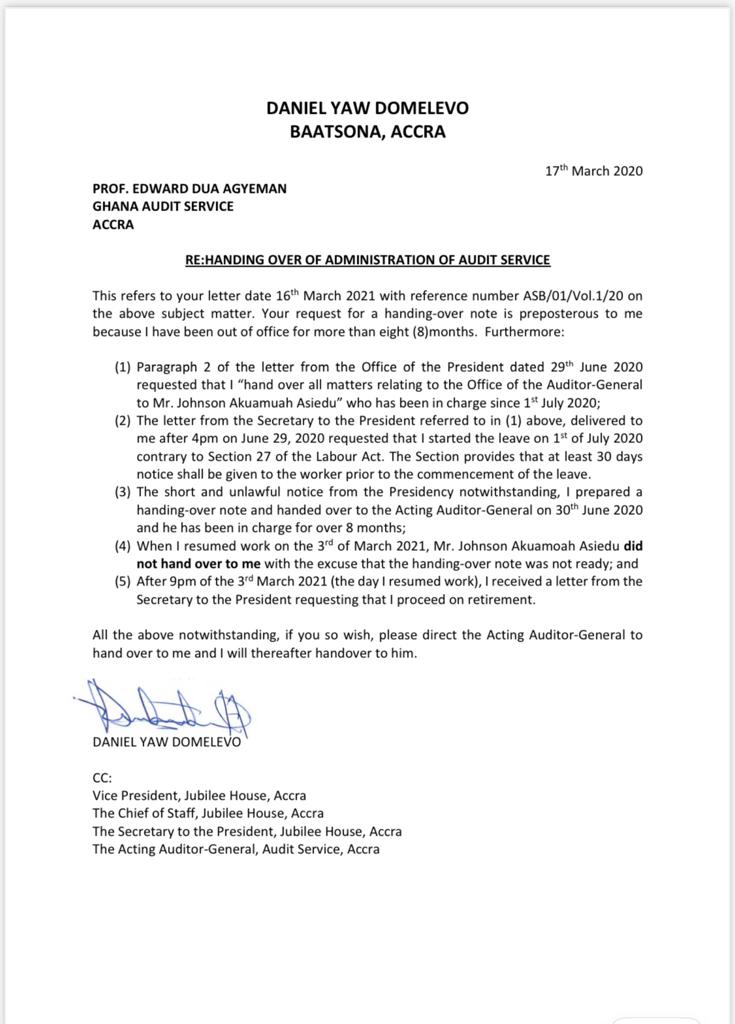