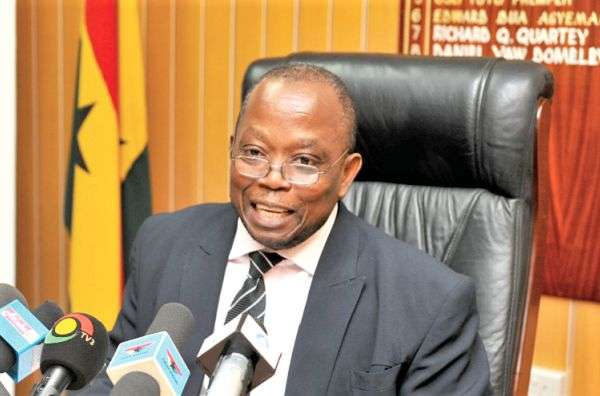 Professor Kwaku Asare, a US-based lawyer says the plan to get Auditor-General, Daniel Yao Domelevo out of office was well calculated.

Speaking on The Point of View on Citi TV, Prof Asare, said the recent controversy over Mr. Domelevo’s date of birth and nationality are not surprising.

“As far back as a year ago, I told people this is constructive dismissal and this Auditor General is not going to come back. There is going to be an involuntary leave and when it is time for him to come back, something else will come up.”

“Even if we are able to scale these two issues, another issue will come out. Maybe he stole some plantain when he was in school or he did something.”

“The matters would keep coming up until everybody gets fed up and the Auditor General just gives up,” Prof. Asare said.

Auditor-General Daniel Yao Domelevo was set to resume work on March 3, but the Audit Service Board challenged his nationality and retirement age.

The Audit Service Board said Mr Domelevo is Togolese and was born in 1960 hence was due for retirement on 1st June 2020.

Mr. Domelevo however refuted these claims in further correspondence.

The Presidency endorsed the retirement claims of the Audit Service Board and said it considered Mr. Domelevo retired.

In a letter, the Presidency thanked him for his service and indicated that a substantive replacement for him will soon be announced.