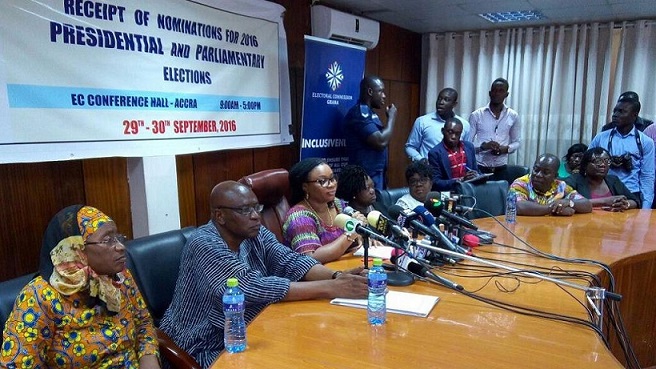 A whopping GHÂ¢53 million cedis scandal has been uncovered at the Electoral Commission.

The malfeasance was discovered after an investigation was conducted into some payment requests made to the finance ministry by the finance directorate of the commission after the 2016 elections.

The finance minister triggered the investigation through the auditor general after it was alerted on the fraudulent request by the embattled electoral commissioner Charlotte Osei.

According to an audit report intercepted by Starrfmonline.com, the commission, under the guise of indebtedness to STL Company, requested the finance ministry to disburse an amount of GHC53, 883,235 to them in order to settle the debt which was supposedly occasioned by the 2016 polls.

But according to the Auditor General, such a debt does not exist on the books of the Commission.

â€œThe Commission prior to a request from Ministry of Finance asserted that government was indebted to STL an amount of GHc53,883,235 as at 31 December 2016.
{loadmodule mod_banners,nativeads}
â€œTo ascertain the veracity of this claim, we reviewed the end of year payment vouchers and noted that all monies due STL including the GHC53,883,235 had been paid as at 31 December 2016,â€ the audit report said.

The EC boss and two of her deputies Amadu Sulley (in charge of Operations), and Georgina Amankwa (in charge of Corporate Services) on Monday appeared before the Chief Justice over allegations of mismanagement and incompetence at the commission.

The two deputies have accused their boss of financial mismanagement and poor leadership, an accusation she has rejected.

Both parties have been given three weeks by the Chief Justice to file their statement of response to the committee after which the hearing will continue.