The Electoral Commission, EC will on Friday, April 16, 2021 conduct the district level elections for assembly and unit committee members for the Nkoranza North and Nkoranza South districts.

This follows the expiration of the term of office of the assembly and unit committee members of both districts.

In a press release, the Commission said it had made nomination forms available at the District offices of the affected areas as well as its website. 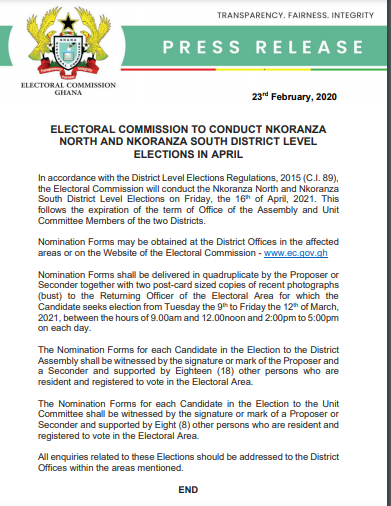