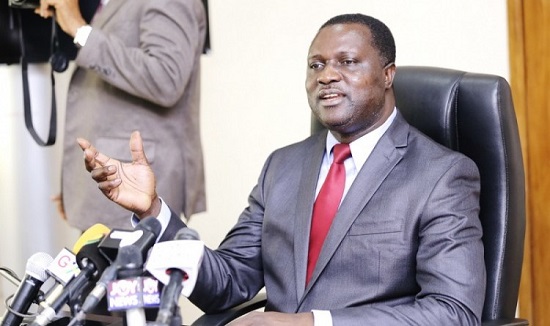 The Minister for Education, Dr Yaw Osei Adutwum is expected to hold a meeting with the Vice Chancellors of the University of Ghana (UG) and the Kwame Nkrumah University of Science and Technology (KNUST) over unaccredited programmes highlighted in the recent Auditor-General’s Report.

The meeting is set to take place today, Friday, 2 September 2022.

This call comes at the back of the Auditor-General’s 2021 report, revealing that 374 academic programmes at the University of Ghana are unaccredited.

Out of the 374 courses, 14 are Diploma programmes, 80 out of the 374 programmes are Undergraduate courses, Post-Graduate unaccredited courses are 213, and 67 are PhD courses.

The auditors noted, “that the University advertised 374 academic programmes on the various web portals that had the accreditation expired or required re-accreditation during the period under review”.

The running of unaccredited courses is in contrast to Section 36 of the Education Regulatory Bodies Act, 2020 (Act 1023), which provides that “a person who runs or advertises a tertiary education programme that is not accredited; commits an offence and is liable on summary conviction to a fine of not less than ten thousand penalty units and not more than twenty thousand penalty units or a term of imprisonment of not less than 15 years and not more than 20 years, or to both.”

The Auditor-General recommended that the management of the University should “expedite action for accreditation and re-accreditation of all new and expired academic programmes, respectively.”

Management was also asked to “liaise with Ghana Tertiary Education Commission (GTEC) to take retrospective accreditations to cover all the non-accredited certificates issued to students.”

Meanwhile, the Auditor-General’s report noted that management has responded to its recommendation.

The report also revealed that some academic programmes offered by the Kwame Nkrumah University of Science and Technology (KNUST) had not been accredited.

The report was addressed to the Speaker of Parliament, Mr. Alban Bagbin.

The Auditor-General has, therefore, “recommended to management to cease running programmes that are not accredited or having its accredited certificates expired, until they are accredited or renewed, to avoid sanctions by NAB.”

The allegation made Africa Education Watch to call for court actions to be instituted against educational institutions that run courses and programmes that have not been accredited by the National Accreditation Board (NAB) or Ghana Tertiary Education Commission (GTEC).

The Executive Director of Eduwatch Africa, Mr. Kofi Asare, explained that taking such legal actions against culprit institutions would deter others who plan to do the same.

He stated that running unaccredited courses has dire consequences on the students and graduates of the universities who want to further their education in foreign institutions.

“You actually put the academic lives of students into jeopardy because there are people who go to those schools, finish, get scholarships into foreign institutions for them to write to NAB to find out that the programme or course the prospective student studied was not accredited,” he argued.