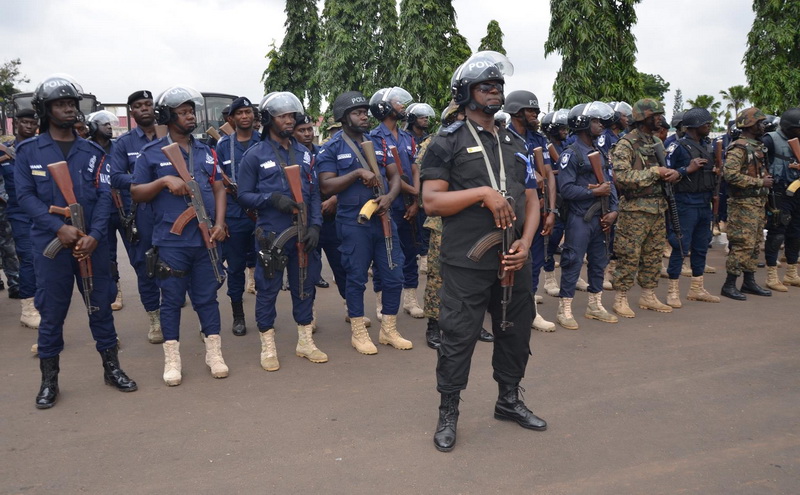 The National Election Security Task Force says only uniformed personnel deployed by the state security agencies will be entertained at the polling stations on election day.

They have warned private security outfits to stay away from polling stations on December 7, 2020.

According to the Director of Operations at the Ghana Police Service, DCOP Dr. Sayibu Pabi Gariba who was speaking at a forum organized by the Ministry of Parliamentary Affairs, he indicated firmly that, election management will be solely handled by EC officials and officers deployed by state security agencies.

The Ghana Police Service has begun training its officers who will be deployed for election-related duties in December 2020.

This is to ensure the safety of all personnel who will be required to work, according to the Service.

The Inspector-General of Police, James Oppong-Boanuh, together with members of the Police Management Board, has also held a meeting with the leadership of the various political parties to discuss security during the 2020 general elections.

Mr. James Oppong-Boanuh has made it clear that the Police Service will protect the ballot on the election day and will confidently discharge their duties to the good people of Ghana before, during and after the elections.

He has also warned persons intending to foment trouble before, during and after the December 7 general elections to reconsider their plans.

According to him, the police are ready to deal ruthlessly with any such miscreants who will want to mar the peace of the nation.