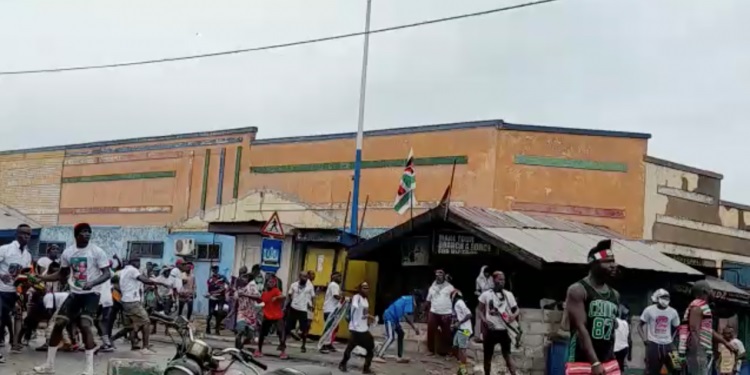 Security Analyst, Col (rtd) Festus Aboagye says the clash between supporters of the National Democratic Congress (NDC) and the New Patriotic Party (NPP) at Odododiodoo Constituency could easily have been avoided if the former had chosen routes that are not the latter's territory.

A peace walk at James Town yesterday turned bloody between supporters of the NDC and NPP in the Odododiodoo constituency.

The Ghana Police Service identified a number of areas where chaos is likely to erupt ahead of the December 7, elections and Odododiodoo was part.

Col Aboagye says these clashed was avoidable if NDC had chosen a different route and the police had also beefed up security in the area.

"This is something that could have been avoided if certain considerations had been met. One of them is if the level of police protection was higher than what we saw it would have helped. Many will not agree but marches of these are organized out of good judgement, you select routes that avoids places that are known to be territories of your opponent. Assuming they had gone from Opera Square to Accra and not return via the Atta Mills High Streets probably this wouldn't have happened" he said on Joy News.

An eyewitness, Anny Aggrey who narrated what brought about the bloody clash said, "All those people who used to sleep here were here when the NDC supporters were passing, and they said one of them came out of the crowd and broke a vita milk bottle and they tried to talk to him to stop what he is doing, so when they were engaging him he went back to the crowd and signalled them and all of a sudden they started throwing bottles."

PRO for Greater Accra Regional Police Command DSP Efia Tenge said no arrest yet but investigations have begun into the incident.

"No arrest has been made yet but the situation is calm and effort are underway to get some persons who names have been mentioned for allegedly initiating the fight arrested as investigations continue."