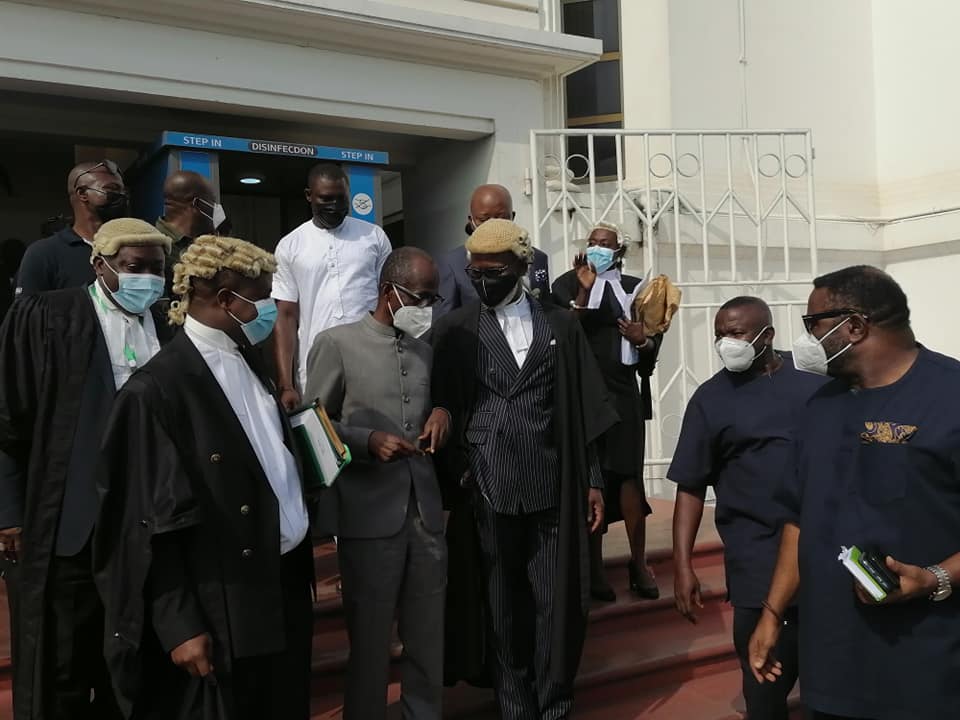 The witnesses statement of the first of two witnesses of the Petitioner (John Dramani Mahama) in the ongoing trial of the 2020 election petition, today 29th January 2021, sparked controversy at the Supreme Court, eventually leading the court to expunge four (4) paragraphs completely, and three (3) others in part.

Akoto Ampaw, the lawyer for the Second Respondent (Nana Addo Dankwa Akufo-Addo), before commencing his cross-examination of the witness told the court that he had fundamental issues with some ten (10) of the total of forty-two (42) paragraphs of Johnson Aseidu Nketia's witness statements.

Arguments of the 2nd Respondent

Among others, lawyer for the 2nd Respondent, Akoto Ampaw, argued that the identified paragraphs were not pleaded by the Petitioner in his petition filed on the 30th of December 2020 and that they are prejudicial as well as scandalous. He therefore prayed the court to expunge them from the witness statement forthwith.

Tsatsu Tsikata, lead lawyer for the Petitioner opposed the objection of the 2nd Respondent. Essentially, he argued that all the ten (10) paragraphs as identified were relevant and in the pleadings of the Petitioner in his petition as filed on the 30th of December 2020.

The seven-member Supreme Court panel presided over by Chief Justice Anin Yeboah, after rising for about an hour, reconstituted and ruled that paragraphs six (6), and seven (7) were expunged from the witness statement because the Petitioner did not plead same in his petition. Paragraph twenty-one (21), the court said, was pleaded in the pleadings of the Petitioner and same was maintained.

Paragraph twenty-five (25), twenty-six (26) and twenty-eight (28), according to the court, had specific portions that the witness could not speak to and therefore those specifics were struck out. Paragraph thirty (30) was struck out by the court indicating that the Petitioner did not have same in his pleadings. With paragraphs thirty-two (32) and thirty-three (33), the court noted that same were in the pleadings and were therefore maintained.

The last paragraph, thirty-seven (37), was also struck out because it had not been pleaded by the Petitioner.

Lead counsel for the 1st Respondent (EC), Justin Amenuvor, then proceeded to cross-examine the first witness of the Petitioner (Johnson Aseidu Nketia). He asked the witness questions ranging from his appreciation of the rules governing elections in Ghana, the training of agents of the Petitioner's party (the National Democratic Congress, NDC) ahead of election 2020 and on claims of conflicting figures from the Electoral Commission concerning the 2020 Presidential and Parliamentary elections.

Lawyer for the Second Respondent, Akoto Ampaw, when he took his turn to cross-examine Mr. Aseidu Nketia, requested that a video clip be played in court. His oral application was upheld by the court. However, the Presiding Judge ruled that the video would be played at the next court hearing slated for Monday, the 1st of February 2021.