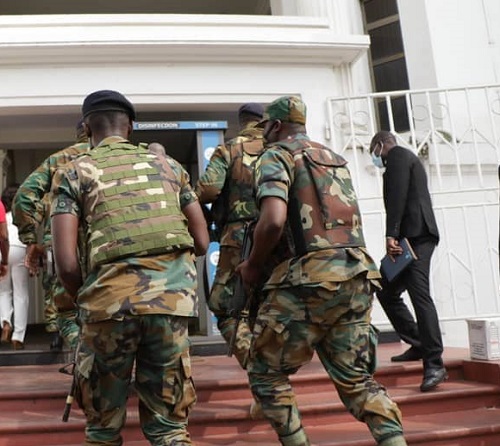 A Security Analyst, Colonel Festus Aboagye retired, has called on authorities to stop using the military as bodyguards.

He said Ghana is not in a state of emergency where the military will be used in protecting state officials.

Col Aboagye was speaking to TV3 in relation to the military protection given to the Chair of the Electoral Commission, Jean Mensa and some state officials.

He said “Even when so mandated to provide security to certain VVIPs, it is not the role of the military to drive civilians, not even ministers.

“Maybe the Head of State may be the Vice but especially in situations of emergencies where there is a civil war or there is a conflict in certain parts of the country.

READ ALSO : Election Petition: I have no reason for lying - Kpessah-Whyte on strong room brouhaha

Many have raised concerns regarding using the military as a bodyguard for EC boss Jean Mensa and some other state officials in the ongoing 2020 Election Petition.

Military personnel are always seen at the Supreme Court premises serving as a bodyguards to these officials.