Even if we have to break all buildings in Accra for National Cathedral it must be done - Dr. Lawrence Tetteh 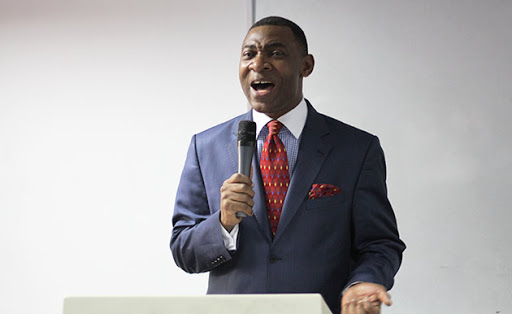 Dr. Lawrence Tetteh, founder/ President of the Worldwide Miracle Outreach says even if the government has to break all the buildings in Accra to build the National Cathedral it must be done.

It will be recalled that a businessman, Jonathan Holm, was in court alleging that government has breached portions of the constitution in allowing state land to be used in a manner that does not serve the public interest.

The Supreme Court last month in a unanimous decision refused the application seeking to halt the building of the National Cathedral.

Dr. Lawrence Tetteh brushed off suggestions that there are several things the money meant for the building could be used to improve the lives of many.

He says building the National Cathedral is as important as any other thing and we must put in all our efforts to see this through.

"As for me building a National Cathedral is just as building a house of God so it doesn't matter whether you belong to the NPP or the NDC or any other political party. Building a Cathedral is the most important, people have questioned why we are breaking buildings, even if we can break the whole of Accra and use it to build the house of God so be it. It is not about the President or any other oppositions, it is about the work of God. Let's even break the whole of Ghana and use it for church if we want peace. When it comes to building the house of God I will not politicise it", he said at the sod-cutting ceremony for the construction of the National Cathedral.

President Akufo-Addo, today cut the sod for the construction of the National Cathedral. He said it was a necessity because God has preserved Ghana from numerous crisis that has hit neighbouring countries.

The National Cathedral will house chapels and baptistery, a 5000-seater main auditorium which will be expandable to a 15,000 seater capacity for national events and celebrations. It will also include among others, a grand central hall, a music school, and will house Africaâ€™s first-ever Bible Museum and documentation centre.