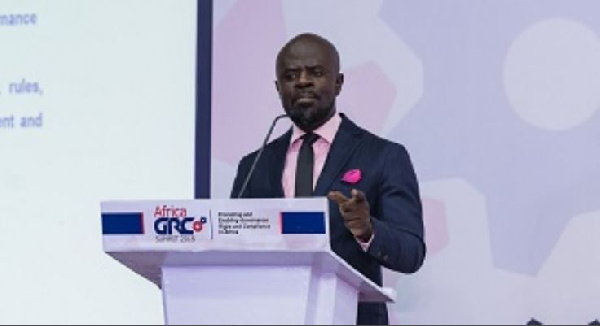 Speaking on Joy FM's "NewsFile", Kofi Abotsi said the moment government will be paying for the fees for the students in the private schools and it will not be the burden of the private school the extension is constitutional.

He noted that all the free things being promised are actually not free because it's our taxes that are being used to pay for it.

"Of course, it is totally legal, the government can outsource its obligation to a private entity to administer on its behalf if the government have to pay. Let's be honest in reality there is nothing free all the free things are being paid for by our taxes ..."

Kofi Abotsi said there is some form of convergence on issues relating to Free SHS between the two major political parties and it is good for the educational sector.

"There appears to be a convergence between the NPP and the NDC on the question of free SHS and its reality. Now political parties are pragmatic, they take a decision on the basis of pragmatism. I think the parties clearly recognise that it goes... political suicide for any of the party to attempt an abolishment of Free SHS. Free SHS is a topical thing as far as our elections are concerned and the parties recognise that if you need to win elections in Ghana you will need to have a policy on the Free SHS as opposed to its abolishment."

He also advised against the use of our educational sector for politics. Kofi Abotsi lamented about the situation and called for a system that will allow us to train competitive students and not a system that always reflects the ideas of the party in power.

Majority Leader and Minister for Parliamentary Affairs, Osei-Kyei-Mensah-Bonsu has said the portion of the opposition National Democratic Congress (NDC) 2020 manifesto that promises to extend the Free SHS policy to private schools in underserved communities offends the 1992 Constitution.

The Suame Member of Parliament asserts that the constitution is unambiguous about the funding for private education in Ghana and that any move to vary that entrenched provision would require a referendum and so it does not lie in the mouth of any individual to promise to make any form of private schooling free.

His comment follows highlights of the NDC’s “People’s Manifesto: Jobs, Prosperity and More” read by the party’s Vice Presidential Candidate for the 2020 elections, Prof. Jane Naana Opoku-Agyemang during its launch last Monday that, “The next NDC Government will make the Free Senior High School Programme better by ensuring that its numerous challenges are addressed, and higher standards introduced, expand the Free SHS programme to cover students in private Senior High Schools in underserved/deprived areas and abolish the double-track system”.

The NDC has on several occasions challenged the implementation regime of the Free SHS Policy, a brainchild of the governing New Patriotic Party (NPP) and has pledged to review it should it come to power in 2021; but the government however interprets Mr John Mahama’s “review” as another word for cancellation.

Speaking in an interview on Kumasi-based Angel FM, the Majority Leader added to his party’s doubts about the NDC’s commitment to sustaining the policy if it wins the upcoming elections by raising the constitutional argument against the opposition party’s pledge which has already been welcomed by private school operators.

“When I heard it I said to myself that this man should be careful about some of the things that he says; I’m talking about the constitution”, buttressing his argument by quoting Article 25 Clause 2 of the 1992 Constitution thus, “Every person shall have the right, at his own expense, to establish and maintain a private school or schools at all levels and of such categories and in accordance with such conditions as may be provided by law.”

He cited the supremacy of the constitution and its dictates that persons who have the resources to establish a private school must do so at their own cost “with no financial help from the government”.

“So if you say that you will fund private schools with government money, it offends the constitution; the Article 25 is an entrenched provision, so if you want to change it, you must conduct a referendum according to the constitution; so I get worried listening to him at times and wonder if he would want to abide by the constitution or not”, he said.