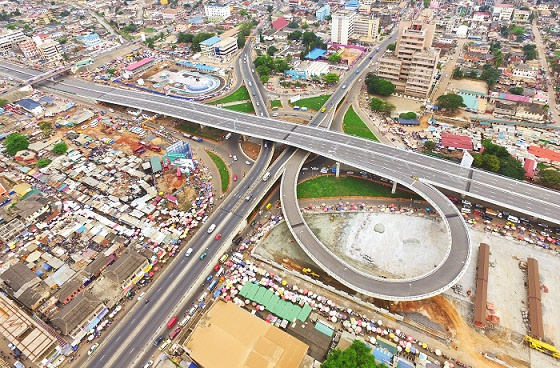 Feasibility studies on someÂ interchanges at Kumasi in the Ashanti Region have been completed by the government.

These interchanges, when completed, is expected to ease traffic in the regional capital. They will also complement the Sofoline interchange.

The new interchanges will ease traffic at Suame, Oforikrom and Airport roundabout

According to him, in the next three years, the interchanges will be finishes and motorists will have a nice ride in Kumasi.

He believes this will make people visit the Kumasi most often.

The National Road Safety Authority (NRSA) is calling for an all hands on deck approach in reducing carnages on our roads.
Yesterday, March 9, 2020, a horrific accident occurred on the Kintampo-Tamale highway claiming 30 lives and burning 27 persons beyond recognition.

The accident involved two buses, a Yutong bus and Benz Sprinter. The Yutong bus reportedly veered off its lane and collided with the sprinter bus causing both vehicles to glow up in flames.

In reaction to the accident which occurred yesterday, the Executive Director of the Authority, May Obiri-Yeboah speaking on Starr FM, called on stakeholders to collaborate and curb the menace of road accidents in the country.

â€A lot of these accidents are human-centred. The causes,90% or more are human factors before you come to the nature of roads. Trying to address this, drivers need to be checked at the stations especially the logical aspects of them, every aspect of the driver must be checked to ensure that he is safe to be behind the steer before setting off. Also, those of us who are stakeholders, what we also are supposed to be doing as stakeholders, as human beings what we can make the journey successful. Then our various roads, where road safety must educate the general public and driversâ€ .

She further indicated that:â€ Also, the engineers how they can look at the proper design of our roads. When it comes to the vehicles, the DVLA check whether the roadworthiness is being laid out properly to ensure that we are getting somewhere. When it comes to enforcement, we must ensure that these are being enforced to ensure safetyâ€.