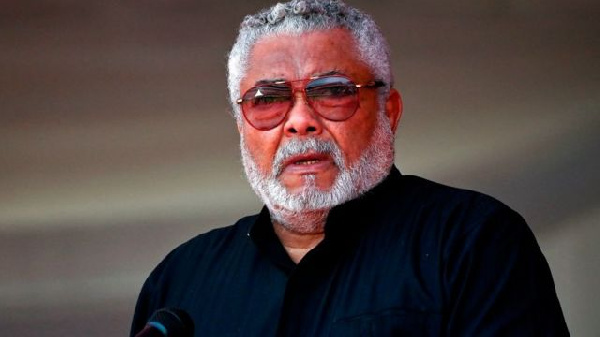 The Ministry of Foreign Affairs has announced new dates for the funeral of the late Jerry John Rawlings.

The funeral which was earlier scheduled in December last year was postponed due to a number of reasons.

The new dates indicate that the funeral will be held from January 24 to 26 2021.

Per the statement, there will be a Laying-In-State from 24th to 26th January 2021 at the Foyer of the Accra International Conference Centre from 9.00 am to 5 pM daily.

The late Jerry John Rawlings died on Thursday, November 12, at the Korle Bu Teaching Hospital in Accra after a short illness. 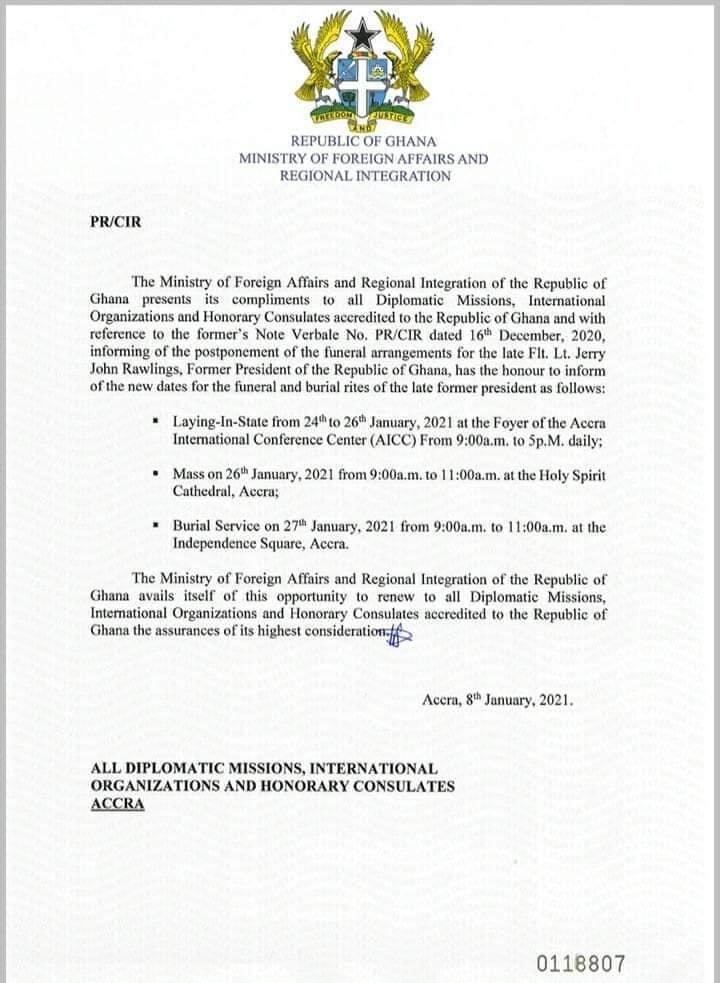