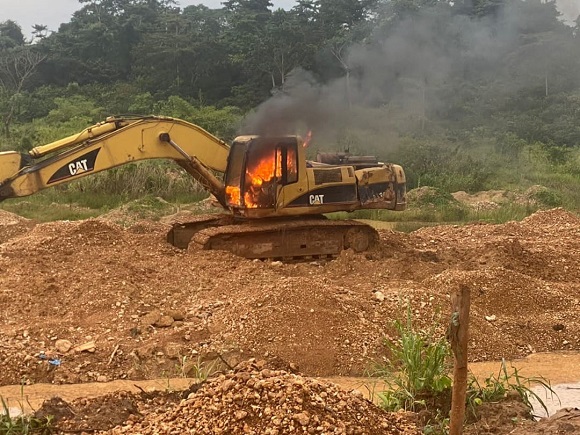 The Ghana Armed Forces have made significant gains following the relaunch of Operation Halt II to end illegal mining (galamsey) activities in the country, a statement said.

According to the Armed Forces, within a three-week period, “Operation Halt II teams seized 30 excavators, destroyed four (4) and immobilised four (4) others on site.

The operations “were conducted at Kade, Ofoase, Oda, and Pra Anom along the banks of Rivers Birim and Pra in the Southern Command Area of Operational Responsibility. 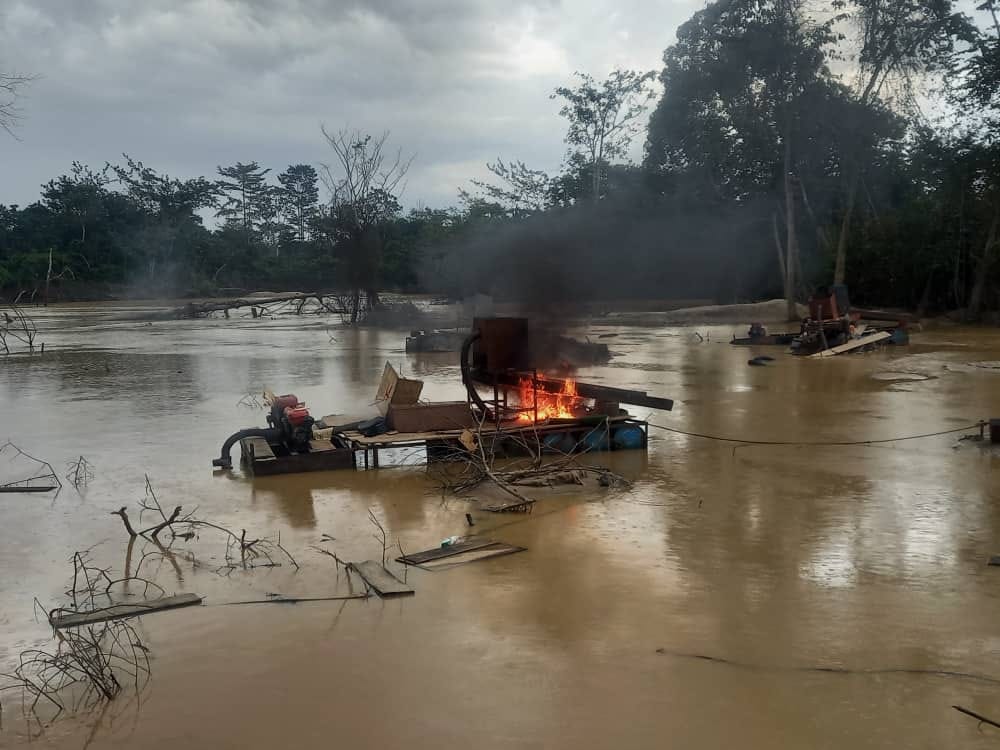 “In the Central Command Area of Operational Responsibility, the operations were conducted at Yawkrom, Agroyesum and Takorase along the River Offin. Following these successful operations, there has been a gradual improvement in the turbidity of these Rivers.”

Some eight persons suspected to be illegal miners were also arrested at Banda Nkwanta in the Northern Command Area.

The Ghana Armed Forces prayed the general public to cooperate with the Operation to rid the country of the various destructions resulting from illegal mining activities.

Phase two of the Operation was relaunched on Tuesday, October 11, 2022 to fight against illegal mining in forest reserves and river bodies. 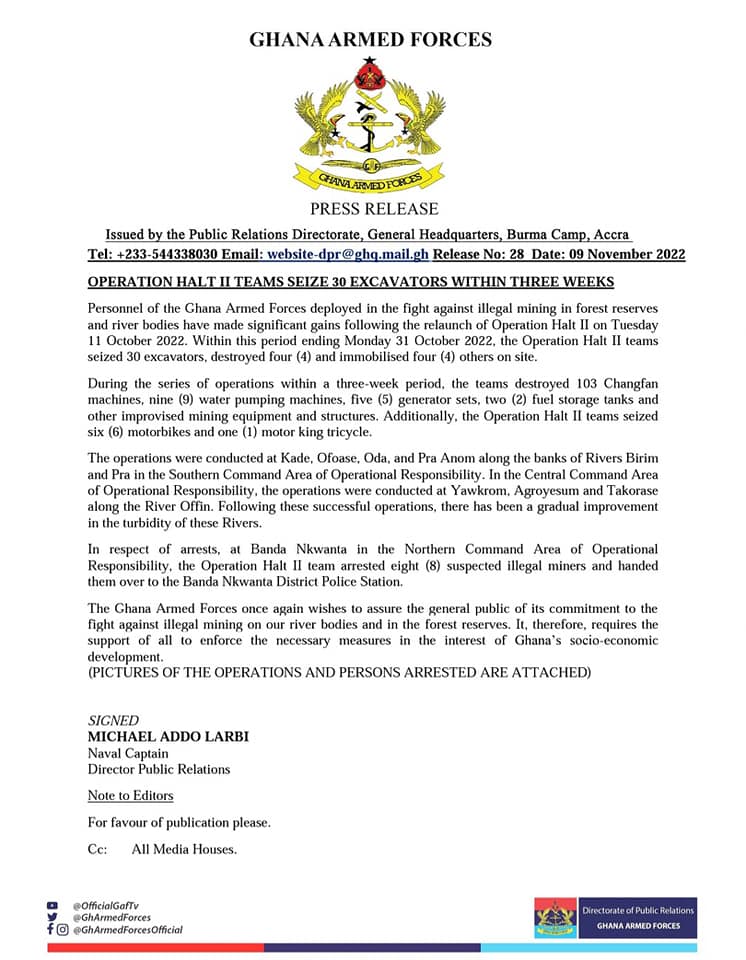 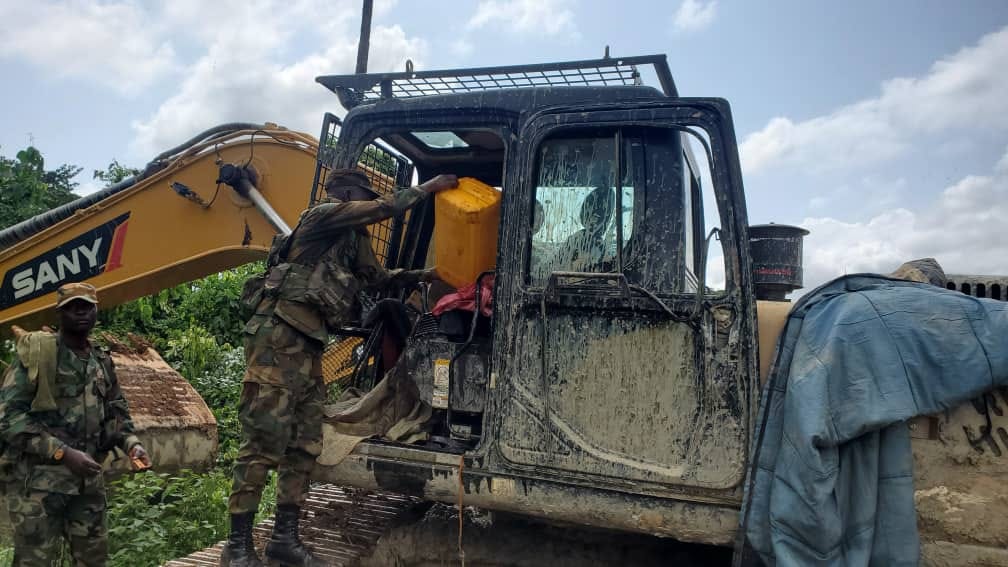 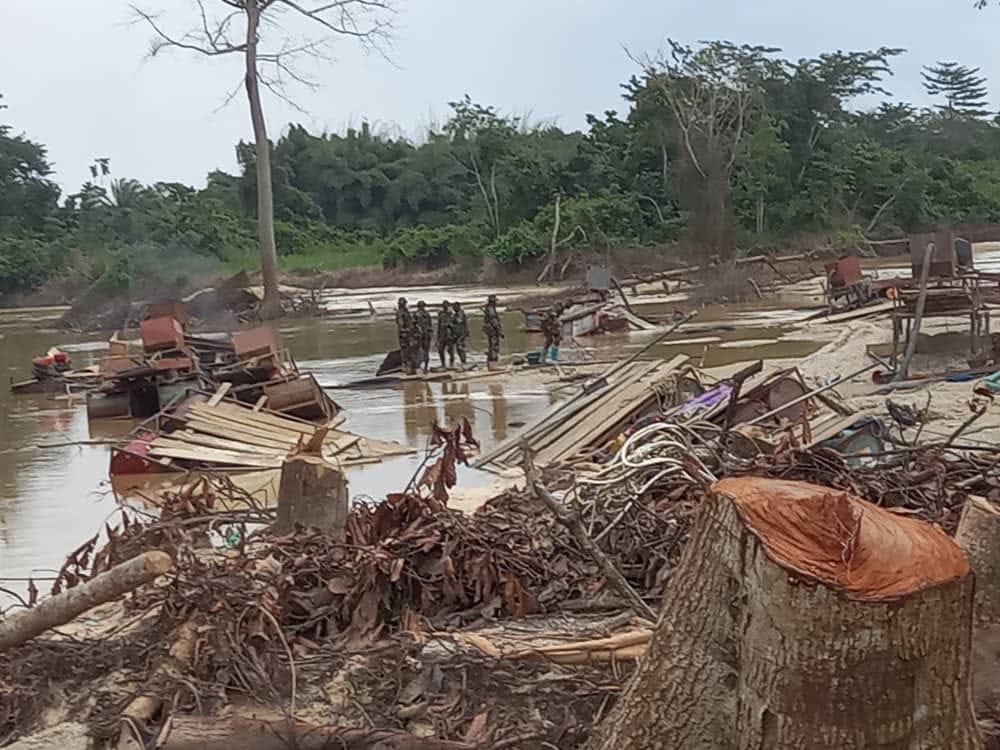 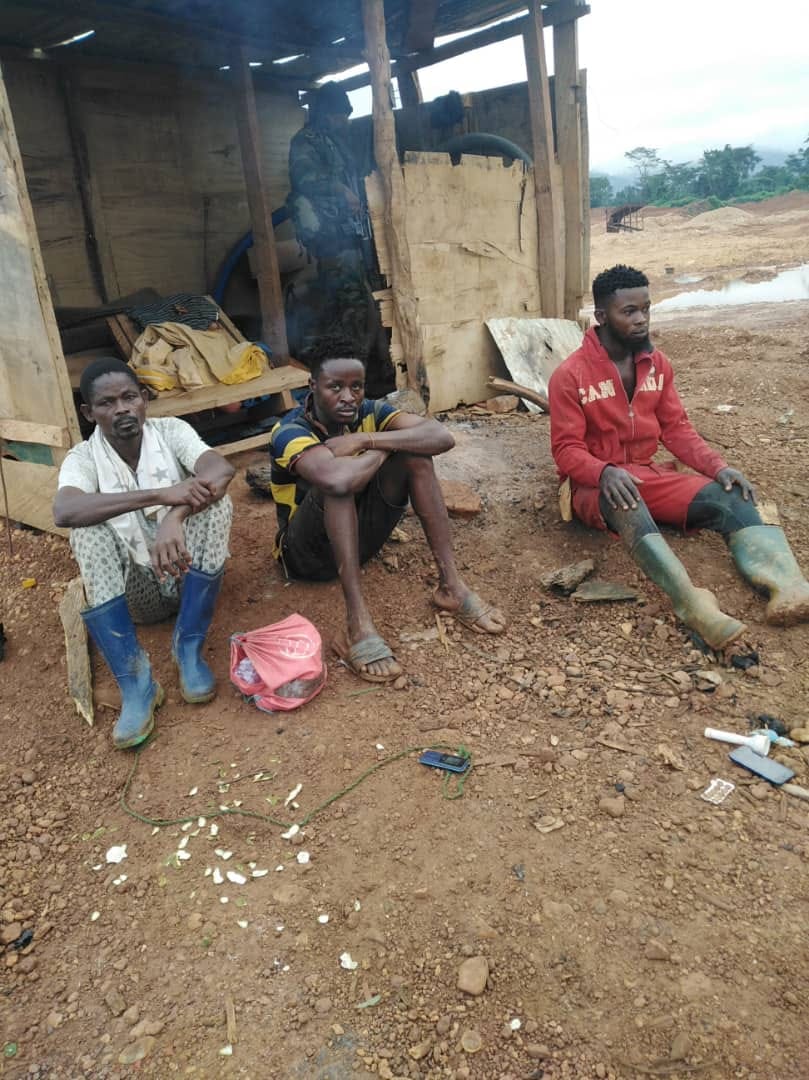 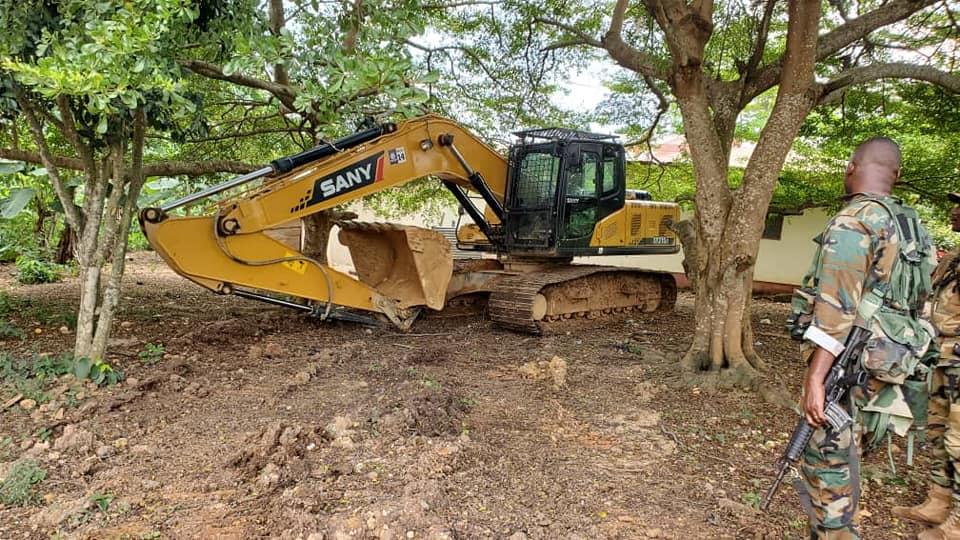 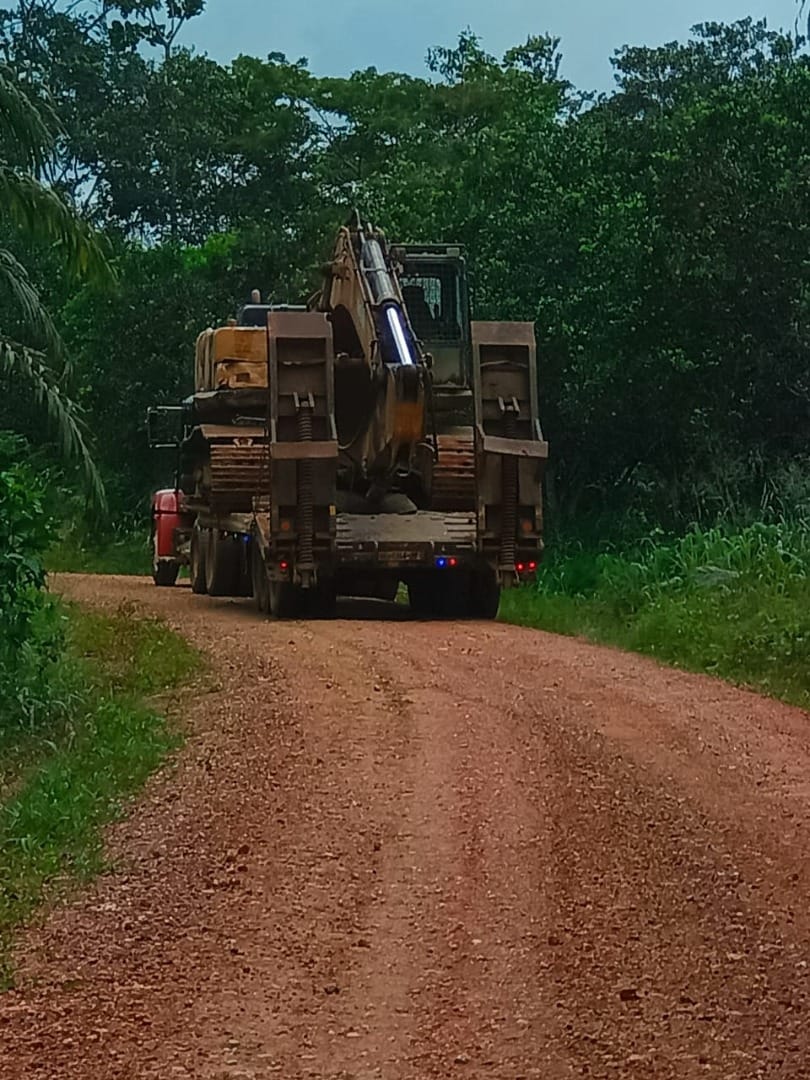