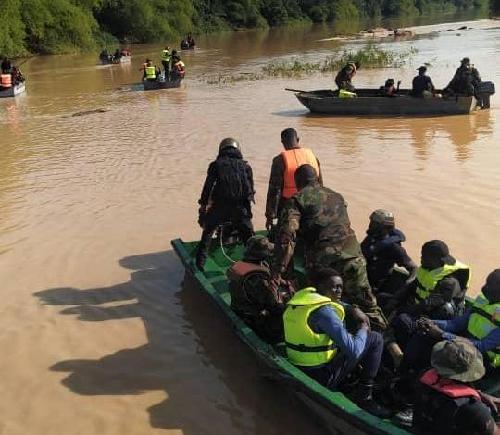 The Minister of Lands and Natural Resources, Samuel Abu Jinapor, has announced that the government has deployed soldiers to the communities where illegal mining (galamsey) is ongoing to help fight against the menace.

He said unlike the previous military operations which took three months, the new military campaign would be a sustained effort until the galamsey menace is brought to a satisfactory situation.

The Minister who said this during the Meet The Press Encounter series held in Accra called for a change of attitude and collaboration with all stakeholders to help win the fight against galamsey.

According to him, the government has also allocated significant funds and logistical support for the operation being spearheaded by Operation Halt II.

“On the instructions of the president, we have escrowed sufficient funding to support this operation – which will mean that as they [the military] have moved, we will not back down or will not have to stop at some stage because of funding or logistics.

“This was part of the planning. So, the money is escrowed and the logistics have all been provided for, so that the soldiers can do their work with ease.”

He added, “Other characteristics of this operation [Operation Halt], are that it is going to be sustainable and it’s going to be relentless. It’s not going to [be] ‘three months, we are out’ or ‘six mont

He urged the media to constantly educate the and sensitize the public on the adverse effects of galamsey and various diseases such as kidney problems and blue ulcers affecting inhabitants in the mining areas.

The Minister further noted that measures being implemented by the Government so far to stop the galamsey menace including the procurement of speed boats to patrol rivers, training of river guards, forest reserves declared as “red zones” for mining, and distribution of mercury-free gold processing machines (gold kachinas) to small-scale miners.

He said collaboration between the Lands Ministry and the Attorney-General’s Office to prosecute illegal miners, both Ghanaians and foreigners, rolling out of Community Mining Schemes for local people, recruitment and engagement of about 80,000 people for alternative livelihood program, frequent operations by the military (Operation Halt) to mining sites to arrest and burn excavators belonging to illegal miners and setting up of 83 district mining committees to oversee mining at the district level.

Mr. Jinapor pledged the total and unflinching support of the President and the Ministry towards fighting the galamsey menace, with integrity and transparency without shielding anybody, irrespective of one’s political affiliation or standing in the society.