The Ghana Educational Service (GES) has rejected claims that it has approved a new syllabus for Senior High Schools in the country.

Images of a purported Social Studies textbook have gone viral on social media following inscriptions on it which suggests that it was from a new SHS syllabus and recommended by the GES and the West Africa Examination Council (WAEC).

The textbook, written by Emmanuel Asare Donkor comes as the second edition of the Golden Social Studies for Senior High Schools.

Page 169 of the book outlines five new types of family systems, in addition to the traditional nuclear and extended family systems which was previously taught in the existing syllabus, with one of the five being the same-sex family system.

READ ALSO: New Curriculum is the future for Ghanaians, not a political tool - Edu. Minister 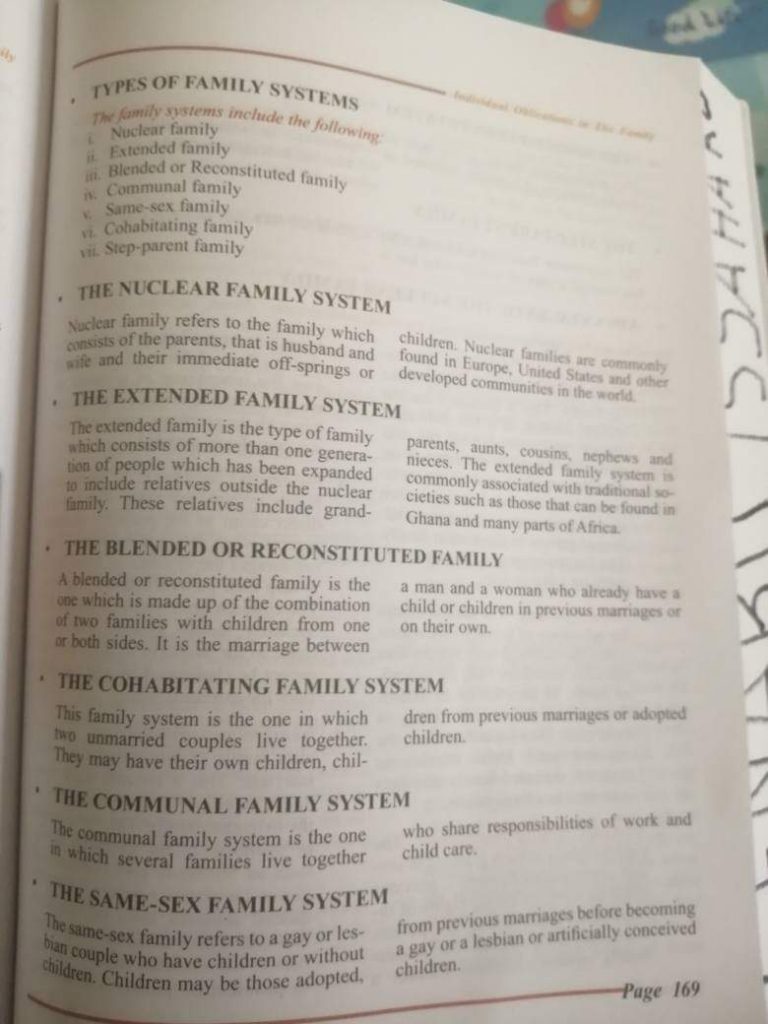 Some Ghanaians have raised concerns over the content of the said textbook.

Meanwhile, Chairman of the Ghana Education Service, Michael Nsowah, speaking on Eyewitness News on Wednesday expressed surprise at the said book stating that the GES has not issued out any new syllabus of a sort.

“And I heard part of the topic on the family. I’m surprised that the book contains all those because as far as I know traditionally, the families don’t extend beyond the extended family. These are the basic ones we know. All those ones are artificial families created in the book,” he said.

He further urged the public not to accept any book that comes as a new syllabus issued by GES for SHS students.

A lot of controversies sparked when it was hinted that the government was to introduce Comprehensive Sexuality Education in the education system.

The government and United Nations Education, Scientific, and Cultural Organization (UNESCO) had earlier launched the CSE programme, as has been done in some other countries worldwide.

The planned integration of this subject in the basic school curriculum generated mixed reactions from the public with some suggesting that the course was a backdoor attempt to introduce children to LGBT issues.

Many groups including some Members of Parliament and the Minority kicked against the introduction of CSE, with the Ghana Pentecostal and Charismatic Council (GPCC) further describing it as ‘Comprehensive Satanic Engagement’.

The Education Ministry, however, refuted all these claims, saying that the government had no intention of including sexuality education in the curriculum.

This declaration was better accepted when President Nana Addo assured Ghanaians that he will not implement a CSE programme that will go contrary to the traditional norms and values of the people.