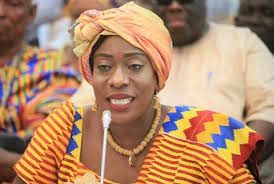 The Minister for Tourism, Arts and Culture, Mrs Catherine Afeku has stated that the 2004 Ghana Culture Policy is set to be reviewed.

The Minister indicated that a committee has been set up to review the existing culture policy which was dedicated to the realisation of the vision of Ghanaians “to respect, preserve, harness and use their cultural heritage and resources to develop a united, vibrant and prosperous national community with a distinctive African identity.”

The 27-member review committee, put together by the Ministry of Tourism, Arts and Culture, is headed by Professor George Panyin Hagan, a former Chairman of the National Commission on Culture and former flagbearer of the Convention People’s Party.

Others are Professor Kofi Anyidoho, a poet and professor of English, Professor Akosua Adomako Ampofo, a lecturer at the Institute of African Studies, Mr K. Boateng of the National Commission on Culture and Mr Enimil Ashon, communication consultant.

In her inaugural address, Mrs Catherine Abelema Afeku, Minister of Tourism, Arts and Culture advocated dedicated periods on the school time table for the teaching of culture.

Debunking the conception that culture runs counter to modernity, she charged the committee to come up with a revised policy that would enable inventions in the traditional sphere, especially by the aged, to be digitalised and marketed through Instagram, microfiche and Pinterest, among other computer-age applications.

The Minister charged the committee to give the policy more flesh to enable it to deal with the challenges that plagued the existing policy, namely lack of dedicated funding for implementing the recommendations, and effective decentralisation of the policy at all levels.

On the National Festival of Arts and Culture (NAFAC), Mrs  Afeku called for dedicated funding to ensure that the festival was well celebrated “so that NAFAC will really be a showcase of national culture” and its effects felt at all levels.

In his acceptance speech, the chairmanship of the committee, Prof. Hagan, in whose tenure as chairman of the Commission on Culture the existing policy was crafted and promulgated, entreated Ghanaians not to look down on culture.

“Culture is the salt with which we must eat every meal,” he said, cautioning that “It should not be an afterthought.”

Mrs Edna Nyame, Executive Director of the National Commission on Culture, said while the 2004 policy remained the single most important document from which all sectors – from architecture to culture -theoretically derived their raison d’etre, “it is undisputed that after 14 years, issues in, and the practise of culture have been affected by technology;” hence, the need for the policy review.