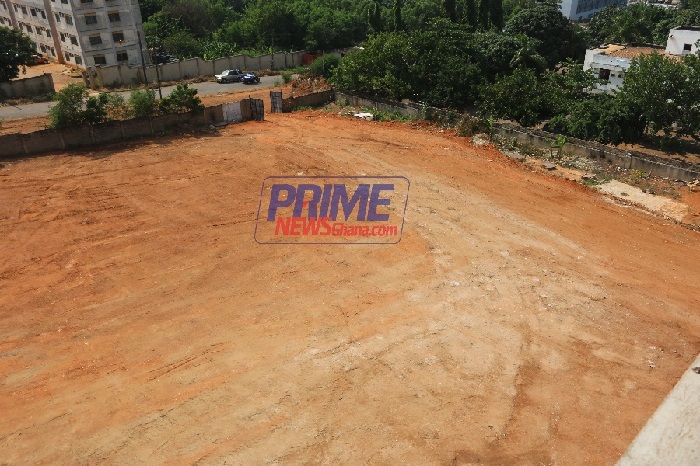 Acting Rector of Ghana Institute of Journalism (GIJ), Dr Modestus Fosu has disclosed that the school's decision to hold the 2018 congregation at the school's uncompleted campus at Okponglo is hinged on several reasons

to Dr Modestus Fosu, the 12th congregation will take at the uncompleted GIJ Campus at Okponglo in Accra because of the huge number of graduands shortlisted to graduate this year since the old Campus cannot accommodate them.

Over four hundred students are expected to graduate at the 12th GIJ congregation scheduled to take place on Friday, August 3, 2018.

There have been several calls by the school management for successive government to as a matter of urgency, fast-track the completion of the new Campus at Okponglo, but has proven futile till date.

Per PrimeNewsGhana'sreport filed in February 2018, the Acting Rector of GIJ in a speech at the 3rd Congregation of the School of Graduate Studies and Research indicated that the school is in dire need of infrastructural facilities as it has not received satisfactory assistance from the government over a number of years.

He added that the Institute has made efforts to provide lecture halls and office spaces through internally generated funds, but infrastructural development remains a worry as lecturers, students and non-teaching staff struggle for space in the current four-storey block.

"The four-storey block tells the story of GIJ's twists and turns in our desire and struggle for expansion and a breathing space...In fact, GIJ as a public institution has not received satisfactory government assistance for infrastructural development to match its transformation from a second cycle institution to a tertiary one", the Acting Rector stated.

Fosu stated that previous government administrations promised funds for the development at the Institute's new site at North Dzorwulu but the move has still not materialized.

"Indeed, the government had voted an initial GHS4.9million for work on our new site. But, except for a solitary block without any fittings, there is currently nothing of importance on that land. From all indications, work has come to a standstill since GET-Fund's allocation for the completion of the project at the site appears to have been exhausted", he said.

The Acting Rector is, therefore, pleading with government and other education-loving individuals, bodies, agencies, and institutions to come to their aid to raise an estimated GHS14million which will enable the school complete the project at its new site.

However, in an exclusive interview with PrimeNewsGhana ahead of the 12th GIJ Congregation on Friday, Dr. Modestus Fosu revealed that the decision to host the upcoming graduation at the uncompleted new Campus is also based on the fact that management wants to drive attention of the government and the general public to the facility to show how eager the campus is needed.

Meanwhile, upon PrimeNewsGhana's visit to GIJ campus at Okpoglo in Accra, a relative vast space has been levelled for to the 12TH Congregation.