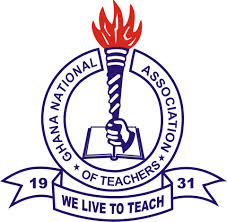 The Ghana National Association of Teachers (GNAT) has confirmed the non-payment of their legacy arrears to some teachers.

The General Secretary of GNAT Thomas Tanko Musah has asked affected members to remain calm as data is being reconciled for payment.

The government indicated that it had settled all the legacy arrears owed teachers but the 2015 batch of the Association has denied any payment.

According to the Association, discussions are currently ongoing.

He also advised the agitated teachers to stay calm as the issue is being resolved.

"There is so much tension on social media due to the legacy arrears. We want to place on record that the money has not been paid, we are happy that GES is involved and we are working to get it resolved so they should stay calm".

In June this year, some Teacher Unions engaged the GES to get some of these arrears paid.

The arrears being referred to as ‘legacy arrears, dates back to 2012 and 2016 when the government decided that it would pay only three months of any salary arrears owed public sector workers, and the rest paid only after proof is shown.