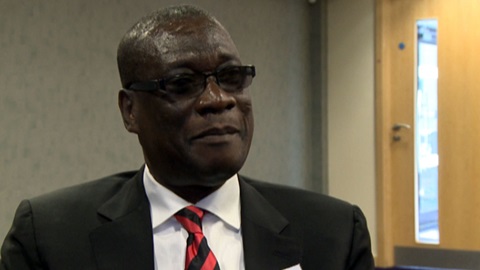 The two, Humphrey Nana Yaw Essaiw and Kingsley Deladem Edufa are asking the court to declare the employment contract between the company and its CEO as a breach of the constitution.

They are also praying the court for an order directing Dr. KK Sarpong who is the first defendant to cease holding himself out as the CEO of GNPC with immediate effect.

The plaintiffs argue that following the expiry of appointment of Dr. K.K Sarpong, the Board of Directors of the GNPC (2nd Defendant) extended it in July 2017 for a period of five years, a move they believe is unconstitutional.

The plaintiffs insist the sole appointing authority for the position of CEO of GNPC is the President as stipulated by PNDC Law 64, making the Board’s conduct in offering an appointment to Dr. Sarpong as a breach of the law.

Dr Sarpong a former Executive Board Chairman of Kumasi Asante Kotoko, however, argues that the High Court lacks the jurisdiction to determine the relief sought by the plaintiff.

According to Dr Sarpong, whereas no allegation of infringement of fundamental human rights is made against him, the only court cloth with the powers to determine matters of a constitutional breach is the Supreme Court.

The court will determine the merit of the case on Thursday.