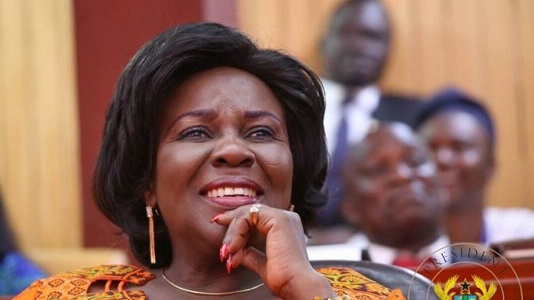 Sanitation Minister Cecilia Dapaah says the government is 85% through with making Accra the cleanest city in Africa.

Some Ghanaians have cast doubt over this plan but the Minister for Sanitation Cecilia Dapaah speaking at after a sanitation tour on August 11, 2020, said 100% was achieved during the lockdown but alleges the odds have reduced due to human activities.

He was of the view that his pledge to make Accra the cleanest city in Africa will come to pass.

President Akufo-Addo said the beauty of the national capital had deteriorated over the years as a result of various human activities that had destroyed the once glorious city.

He recalled that when he was growing up in Accra, the Jamestown area was the centre of the city, but said history had taken that away from the good people of the area.

“In our time, we are going to bring back the glory of Jamestown and British Accra,” he stressed.

In a bid to ensure sanitation and cleanliness, a Multi-talented Ghanaian creative and engineer, Frank Darko, has come out with yet another mindblowing invention that is set to make sweeping very easy and fun at the same time.

The Takoradi-based engineer has invented a tricycle that he calls the "Sweeping Bicycle" which, just as its name suggests, sweeps as you ride it.

According to him, Ghana had become so engulfed in filth and he wanted to come up with a cost-effective and efficient device that can deal with the dirt issue in the country.