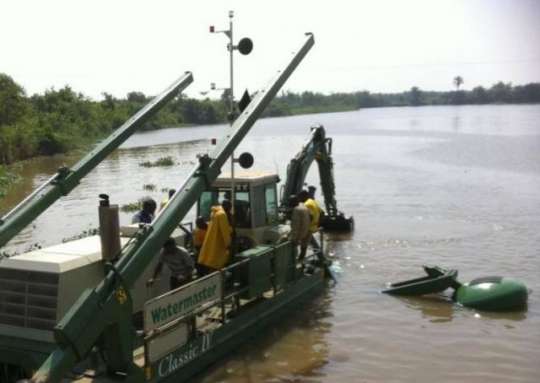 Samuel Atta Akyea, Minister for Works and Housing says the government will only focus on dredging major drains in Accra prevent floods due to inadequate resources.

The government last month began the dredging of some chocked drains in Accra in anticipation of this year's heavy downpour.

Many have called on the government to do their best to dredge all the known drains in Accra but Mr Atta Akyea says the limited resources meant they can only focus on dredging major chocked drains.

"When we hinted on the idea that it is capital intensive, the view of cabinet was that we go gingerly because the financial space is small in terms of you looking at Free SHS, Planting for Food and Jobs and other flagship programmes eating up the money. So we are concentrating on dredging the major drains. So it is like your money is small but the work is tall, we have a very good idea to clean up Accra but there aren't enough funds"

Mr Atta Akyea at a recent press briefing advised Ghanaians especially people in Accra to begin cleaning their gutters as the annual rains have begun.

Anytime it rains in Accra, there are several areas that get flooded to the poor and chocked drainage systems.

It ends up in property destruction, loss of lives and rendering hundreds of people homeless.