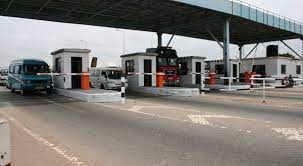 Feasibility studies are underway on the possibility of relocating the Kasoa toll booth as part of measures to help eliminate the vehicular traffic bottleneck on that section of the Accra-Winneba highway, the Minister of Roads, Mr Kwasi Amoako Atta has disclosed.

He said the ministry has realized that it is impossible to expand the gates at the booth because of a valley in that area.

Consequently, considerations are underway on whether it should be relocated from that spot.

Mr Amoako Atta said the feasibility studies was not limited to the Kasoa one alone but all such toll booths across the country where such similar vehicular traffic bottlenecks occur at peak periods.

Commuters on numerous occasions over the years have called for the relocation of the Kasoa toll booth because of the traffic bottleneck, arguing that the toll booth has become an albatross around their necks as they are forced to endure long hours of traffic daily due to the toll booth’s current position.

They have consistently petitioned the Ministry of Roads and other related institutions to make their grievances known to ensure that the necessary steps are taken to relocate the toll booth.

"...there is a deep valley from the Accra side, so it is difficult to expand the Accra bound side and immediately after that there is a settlement, we are limited, we can neither go right or go left, so we need to send it at a place where we can get land space."

"We are looking at it, if it means relocation," Mr Amoako Atta said.