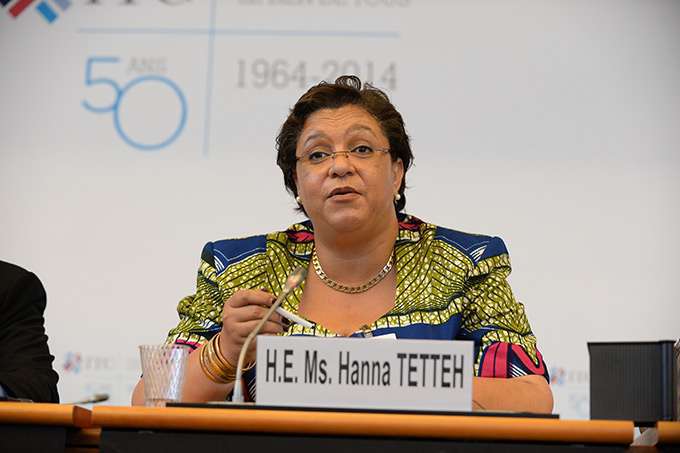 Former Member of Parliament, Hanna Tetteh, has been appointed as Director-General of the United Nations Office in Nairobi, Kenya.

Hanna Tetteh under the erstwhile NDC government served as Minister for Foreign Affairs and Minister for Trade and Industry.

She is a practising lawyer, Hanna Tetteh holds a Bachelor of Laws degree from the University of Ghana.

Hanna Tetteh won the Awutu Senya constituency seat in the December 2000 parliamentary election and served for one term as a National Democratic Congress Member of Parliament on the opposition bench.

She did not contest her seat in the next election. She was elected as a National Executive Member of the National Democratic Congress in 2005, and in 2008 she was appointed as National Communications Director of the NDC, replacing John Dramani Mahama, who had become the vice presidential candidate of the NDC as the running mate of John Atta Mills, the party’s presidential candidate.

The 2008 presidential campaign and the role she played in managing the party’s communication strategy for that election made her a more prominent political figure and she became one of the main spokespersons for the NDC.

After the NDC victory in the 2008 elections, she became the Spokesperson for the newly elected Government while the process of making new appointments was ongoing, and in February 2009 President John Atta Mills nominated her for the position of Minister of Trade and Industry.

Following her confirmation by Parliament, she took over the portfolio and held the position of Minister of Trade and Industry from February 2009 to January 2013.

During her tenure as Minister of Trade and Industry, she was also a member of the Government’s economic management team, a member of the board of the Millennium Development Authority responsible for the oversight of the implementation of the first Millennium Challenge Corporation Compact in Ghana, she also served on the National Development Planning Commission, and was the Chairperson of the Ghana Free Zones Board.

Following the death of President Atta Mills in 2012, John Dramani Mahama succeeded him. He also appointed her as the Communications Director for his 2012 election campaign.

She also decided to contest for a parliamentary seat once again and was elected as MP for the newly created Awutu Senya West constituency in the December 2012 election. She, however, lost that seat in the 2016 election.

She was nominated by President John Mahama as Minister for Foreign Affairs and appointed as such in January 2013 after parliamentary approval.

When President Mahama became the Chairman of the Authority of ECOWAS Heads of State and Government in March 2014, she became the Chairperson of the ECOWAS Council of Ministers at the same time.